Hello everyone, how are you all doing today? We finally have Ubuntu MATE 19.04 released and available for download! Starting from today forward, we here at UbuntuFree.com will be adding more posts, downloads and tutorials for Ubuntu Mate. We plan to support even more of the official flavors in the coming weeks so be on the lookout for that.

During the Ubuntu 18.10 development cycle the Linux kernel, firmware, Mesa and Vulkan were all updated to ensure we offered the best possible support for sipping AMD GPUs. During the 19.04 cycle AMD support has been uplifted again but we have also improved the “out of box” experience for NVIDIA GPU owners too.

If you have an NVIDIA GPU connected to your computer and select Install third-party software for graphics and Wi-Fi hardware during installation, the NVIDIA proprietary drivers will be installed.

MATE Dock Applet has been updated to 0.88 which introduces some new visual options, based on the look of the Unity desktop. As seen in the screenshot at the start of this post, this has been used in the Mutiny layout to further mimic Unity 7.

MATE Desktop 1.20 packages ship with patches to support Remote Desktop Awareness (RDA). RDA makes MATE Desktop more aware of its execution context so that it behaves differently when run inside a remote desktop session compared to when running on local hardware. Different remote technology solutions support different features and they can now be queried from within MATE components. The inclusion of RDA offers the option to suspend your remote connection; supports folder sharing in Caja; MIME type bindings for SSHFS shares and allows session suspension via the MATE screensaver.

Alongside the generic image for 64-bit Intel PCs, we’re also releasing bespoke images for the GPD Pocket and GPD Pocket 2. These include hardware specific tweaks to get these devices working “out of the box” without any faffing about. See our GPD Pocket page for more details. 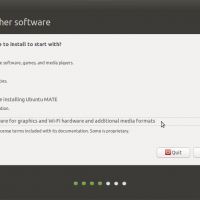 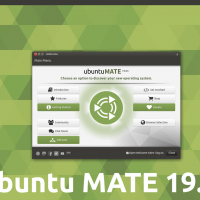 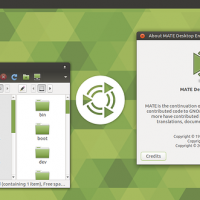 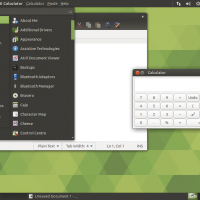