Hello everyone, how are you all doing today? I have been a bit busy working on a new web site that will be the sister site of UbuntuFree.com – This new website will be about all the ChromeOS, Google’s very own operating system which is also based on the Linux Kernel. I will reveal the domain name of the site next week, if you love our site, you will absolutely love the new one once I am done, anyway read on… 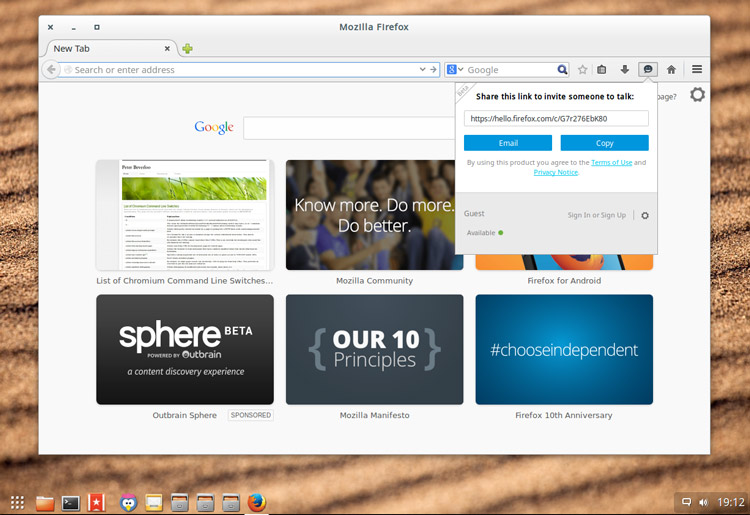 Firefox 34 uses ‘Hello Firefox’ Popup so you can video call anyone on your contact list.
Despite the rapid release cycle Mozilla once again manages to deliver some great new features.

Though not enabled for all (you can manually turn it on via about:config), the feature bring plugin-free video and voice calls to the browser. No Skype, no add-ons, no hassle. You simple click the Firefox Hello icon, send your share link to the recipient to initiate a connection (assuming they are also using a WebRTC-enabled browser, like Google Chrome or Opera).

Version 34 also makes it easier to switch themes with live previews and a switcher menu now available on the Customising canvas, here is a preview: 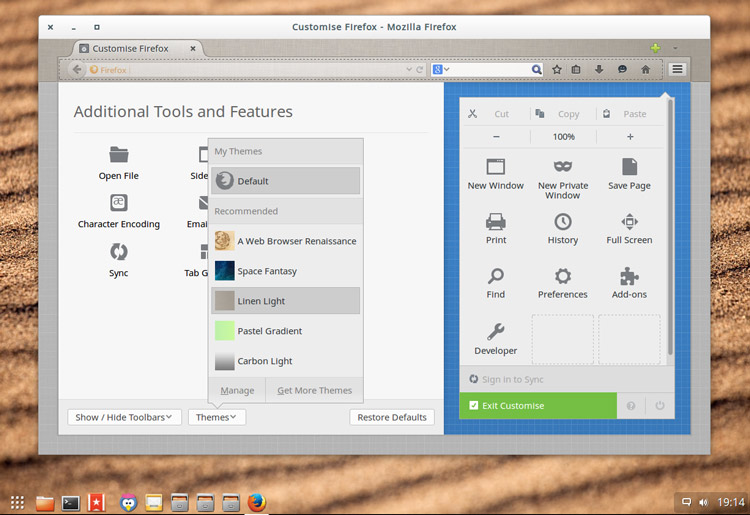 How to switch themes in FireFox 34 on Ubuntu

On a side note, US users get secure HTTPS Wikipedia searching from the search box, wonder why only US users? Hmm…

In addition to improved HTML5 support (largely around WebCrypto features) a new WebIDE tool ships in this release, and is packed full of great tools for developers.

From Android connectivity and an in-app editor to support for deploying and testing apps in a Firefox OS simulator. If you haven’t tried Firefox OS in a while, v2.2 (unstable) has plenty to play with including edge swiping, new home screen arranging features, and some new APIs.

Canonical will roll out Firefox 34 to users of Ubuntu 12.04, 14.04 and 14.10 in the next 24 hours or so, so keep an eye out. If you’re super impatient the release can also be downloaded from Mozilla servers directly.

Thanks to OMGUbuntu.co.uk for reporting this first!