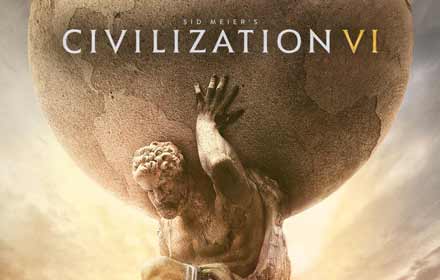 Hello everyone, today you can now download Civilization VI for Ubuntu and instantly play one of the most loved strategy game franchise available for Linux and of course other platforms. If you are a fan of turn-based historical strategy games, you might love this game.

Today we will highlight Civilization 6(VI) but with the added expansion pack, Gathering Storm that was released on February 14th 2019, a perfect valentines gift if you ask me. It’s great to see such big games available to play on Ubuntu/Linux without much effort. We really take for granted what Steam did with the introduction of SteamOS and at the rate we are going, all Windows games and apps will soon work on Linux, in the meantime, you can always use CrossOver for Linux which allows you to run Windows apps and games on your Ubuntu. By the way Civilization 6 allows you to play either the single player campaign or you can play online against thousands of other players. The new expansion, Gathering Storm also expands this game with new graphics, new leaders, better and deeper story line and a bunch of new features, options and bug fixes. Let me know what you think about this game, did you like it? not so much? Let us know in the comments below.

What Is Civilization VI About?

Civilization VI offers new ways to engage with your world: cities now physically expand across the map, active research in technology and culture unlocks new potential, and competing leaders will pursue their own agendas based on their historical traits as you race for one of five ways to achieve victory in the game.

In Gathering Storm, the second expansion to Civilization VI, the world around you is more alive than ever before.

Chart a path to victory for your people by developing new advanced technologies and engineering projects and negotiating with the global community in the World Congress on critical issues.

The choices you make in the game will influence the world ecosystem and could impact the future of the entire planet. Natural disasters like floods, storms, and volcanoes can pillage or destroy your Improvements and Districts – but they may also refresh and enrich the lands after they pass.

See the marvels of your empire spread across the map like never before. Each city spans multiple tiles so you can custom build your cities to take full advantage of the local terrain.

Unlock boosts that speed your civilization’s progress through history. To advance more quickly, use your units to actively explore, develop your environment, and discover new cultures.

Interactions with other civilizations change over the course of the game, from primitive first interactions where conflict is a fact of life, to late game alliances and negotiations.

Expanding on the “one unit per tile” design, support units can now be embedded with other units, like anti-tank support with infantry, or a warrior with settlers. Similar units can also be combined to form powerful “Corps” units. 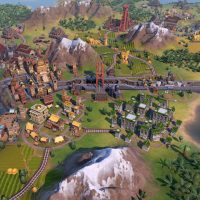 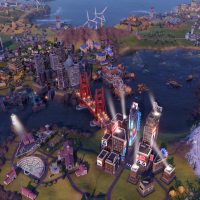 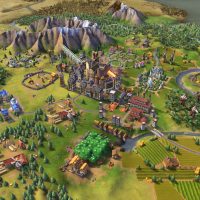