Hello everyone, how are you all doing today? I hope you are all having a great week so far. My week has been great and right now, let me just tell you all that I am about to post something in a couple of days that 99% of you will love. I won’t say what it is but believe, if you love Linux/Ubuntu and the latest software, you will love our editions to this site, stay tuned! Anyway, please read on…

Today we will feature a very popular and still very necessary app or tool that allows you to change your Ubuntu theme with a Gui software known as Ubuntu Tweak. But here is the thing. Ubuntu Tweak’s author wants to retire or rather maybe he already has, meaning you might not find the latest Ubuntu Tweak to download in the coming months but, this is only because there is another tool called Unity Tweak which does the same things that Ubuntu Tweak does and is more updated regularly. So I would actually suggest you check out Unity Tweak but for now, you can still use Ubuntu Tweak for Ubuntu 18.04 and Ubuntu 17.10 and even Ubuntu 16.04 without problems.

What Is Ubuntu Tweak?

Ubuntu Tweak is an application which makes configuring Ubuntu easier for everyone. It allows tweaking of many useful desktop and system configuration options which are unavailable via native system tools. It comes with a GUI navigation making this a very popular app for anyone who wants to change their Ubuntu theme and icons. 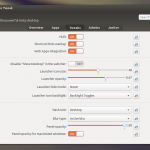 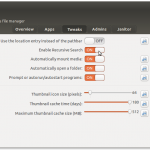 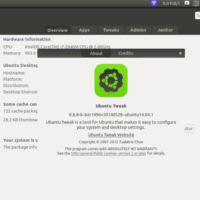