Hello everyone, you can now download Hollow Knight for Ubuntu but before you do that, I hope you are all having a great day so far, my week has been great except for a couple of bad days here and there, but nothing I can’t get over especially when we have awesome games like the one I am about to introduce for you, please read on…

Today we will highlight an awesome game known as Hollow Knight that was released in February 2017 and it is one of the most played and downloaded games for Linux, rather for all the popular platforms including Windows and Mac according to Steam. Let’s find out what makes this game so fun despite it’s 2D graphics that shouldn’t be underrated.

What Is Hollow Knight About?

The world of Hollow Knight is brought to life in vivid, moody detail, its caverns alive with bizarre and terrifying creatures, each animated by hand in a traditional 2D style.

Every new area you’ll discover is beautifully unique and strange, teeming with new creatures and characters. Take in the sights and uncover new wonders hidden off of the beaten path.

If you like classic gameplay, cute but creepy characters, epic adventure and beautiful, gothic worlds, then Hollow Knight awaits. 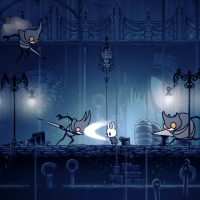 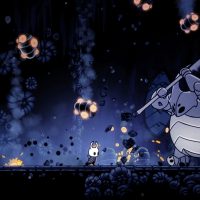 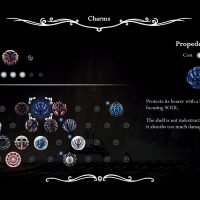