Hello everyone, you can download Lost Ruins for Ubuntu and play one an interesting “2D side-scrolling survival action game, where you play as a young girl that has awoken in a strange and foreign place without her memories”. You then start to explore a dark and dangerous world, battle hideous monsters, and topple incredible bosses.

Today we will highlight some reasons why we think you should go ahead and give this game a go. Lost Bruins is a modern survival game made by developers ALTARI GAMES and published by DANGEN Entertainment. You might have to take a second look at the developers, the name is ALTARI, not ATARI like when I first read the description, ALTARI seems like they are just a new company and this is their first game under their belt and I will give them credit where it is due, they did a good job. I haven’t played too much of this game, yet, I honestly think I played it for around 6 hours the past couple of days, I have been a bit busy but I played it enough to tell you guys that you should give a shot! Don’t think you will find an amazingly appealing graphical based game, no, the attraction to this game is all the different characters you interact with and the beautiful storyline that keeps you engaged at each level. You also get to upgrade your weapons with various bonuses and upgrades so the game feels different as you progress to the newer and harder levels.

What is Lost Ruins Game About?

Lost Ruins is a game where a young girl wakes up in a dimly lit dungeon without any of her memories. Surrounded by horrible, bloodthirsty monsters, she is rescued by a mysterious magician, Beatrice. With Beatrice’s help, the girl goes on a perilous journey to find answers and unlock the secrets of the Lost Ruins.

Combat in Lost Ruins is in real time, and can be both fast and methodical. Slash away at enemies, burn them to a crisp, or even deflect their projectiles back at them. Arm yourself with a variety of swords, axes and other assorted medieval weaponry, and hack monsters to pieces.

For those with an affinity for magic, Lost Ruins allows you to cast a variety of spells through wands, tonics, and scrolls. Burn monsters, freeze bosses, and heal yourself when in danger. Choose what works for your playstyle and make a magic casting character that’s totally your own.

As you explore the depths of Lost Ruin’s dimly lit dungeons, you will find that while everything around you might bring about your death, you can also use the environment around you to your advantage. Elements within the world will react with other elements realistically. Flammable liquids will be set ablaze when in contact with lit lanterns. Ice magic will freeze bodies of water, making them dangerously cold. The more you understand the environment and how to use it to your advantage, the more dangerous you will become.

The world of Lost Ruins is a dangerous one and being armed to the teeth with awesome weaponry is sometimes not enough. That’s where accessories come in. Accessories are unique pieces of equipment with all manner of effects. One accessory might protect you against fire, while another might heal you when you’re poisoned. The right combination of accessories can create different strategic options for your adventure. 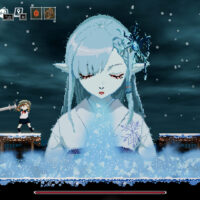 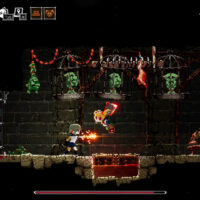 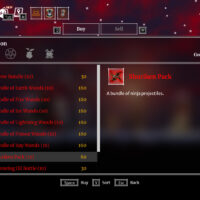 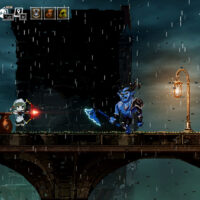