Hello everyone, you can download Unpacking for Ubuntu and experience a unique indie game that will let you have fun while being in a cool mood. This game is for those of you who want to play a game without the ups and downs that can lead to stress.

Today we will highlight some reasons why we think you should give Unpacking a go on your Linux operating system. Unpacking is honestly a pretty cool game, I was a bit skeptical when I got an email from someone who asked me to write about it a few days ago but I am glad I actually did investigate it. I downloaded it yesterday and I enjoyed it. It’s nothing fancy, looks wise, as the in-game graphics are 3D pixel graphics, to me, these graphics will never completely go out of style. So the game is light on your OS, that’s one of the reasons why it has gotten so popular in the past year or so to the point that the game is available on basically every platform including the game consoles like PS5 and Xbox series x.

What I really like when I play this game is that the game doesn’t keep score of whatever you are doing, this is why they call this game a ‘zen game’, where it is meant to not add any stress to your life as you play it. The publishers behind this game really did a good job. I lost myself trying to figure out what type of person I am unpacking and what type of things they like to collect, it’s a really fun and interesting game, I see why it’s popular.

What is Unpacking Game About?

Unpacking is a game about the familiar experience of pulling possessions out of boxes and fitting them into a new home. Part block-fitting puzzle, part home decoration, you are invited to create a satisfying living space while learning clues about the life you’re unpacking. Over the course of eight house moves, you are given a chance to experience a sense of intimacy with a character you never see and a story you’re never told. 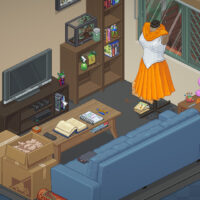 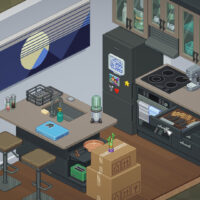 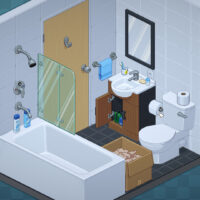 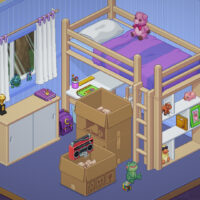 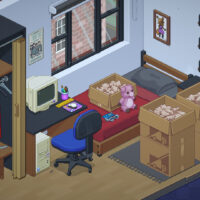