Hello everyone, you can download Audacity for Ubuntu and experience a full packaged audio editor that is still relevant after a very long time in the game.

Today we will highlight some reasons why we think you should for sure give Audacity for Linux. I am not an audio editor by any stretch of the imagination but I did play with the likes of FL Studios way back in my youth but anyway, story for another day lol. I recently downloaded Audacity to play around with it, I had heard of the software years ago but I never really took much interest until sometime last week when I decided to give a try and I am glad I did, the app is fully packed with things you would most likely be charged to use including exporting and importing different types of audio files, it also supports 16-bit, 24-bit and 32-bit. Sample rates and formats are converted using high-quality resampling and dithering, support for LADSPA, LV2, Nyquist, VST and Audio Unit effect plug-ins. Effects can be easily modified in a text editor, or you can even write your own plug-in, you can find out more features right below, let us know in the comments if you decide to give this app a try on your Ubuntu/Linux OS today.

Audacity is an audio editor with many features including multi-track audio editor and recorder. It has other features that we have listed below for you to check out but one of the most underrated features is the ability to Import, edit, and combine sound files. Export your recordings in many different file formats, including multiple files at once, so this app can be your go-to audio editor that can replace your other apps if need be. 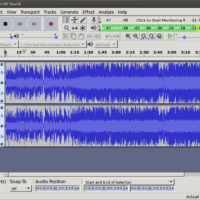 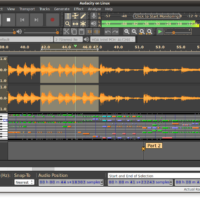 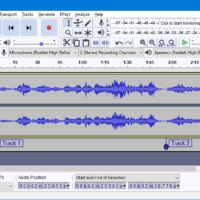