Hello everyone, you can download Desperados 3 for Ubuntu and play a very well reviewed game on all platforms with over 2,000 ‘overwhelmingly positive’ reviews according to the game’s official Steam page.

Today we will highlight some reasons why we think you should try Desperados III, this game is great and a lot of fun for anyone who is looking for a challenging yet unique game that allows you to solve each mission, level or obstacle in more than one way. That is real jewel of this game and I actually surprised more people don’t really know it, I think it is one of those games that will become a cult classic in years to come and I expect the company behind this game to continue to make more games like these. The graphics aren’t anything special but for the type of game, they work perfectly. You also have a ton of weapons and you can choose different characters so each game and level always feels new because each character has his or her own unique abilities and look. The sound engineers in the game did a great job, it really makes you feel like you are in one of those Clint Eastwood movies except that you really have to be careful and plan out your attacks because the game does adapt to your playing style, especially if you keep doing the same thing over and over. I have been playing this for about 2 weeks and I must say, it is much better than what I thought it would be like when I checked out the screenshots originally and I glad I gave it a shot.

What is Desperados 3 Game About?

Desperados III is a story-driven, hardcore tactical stealth game, set in the Wild West. John Cooper will join forces with the runaway bride Kate, the shady hitman Doc McCoy, the giant trapper Hector, and Isabelle, a mysterious lady from New Orleans. On Cooper’s quest for redemption, his adventures lead him and his gang from rural towns, over swamps and riverbanks, and finally to a dramatic showdown worthy of Wild West legends. Play smart if you want to succeed. A good plan can make the difference between survival and finding yourself at the business end of a pistol.

Drifter, gunslinger, and natural leader Cooper can kill quietly with a knife, or take out multiple foes with his revolvers. Strongman Hector carries a giant bear trap and can slay the toughest opponents with his trusty axe. Cold blooded bounty hunter McCoy likes to be methodical, using lures, knockout gas, poison syringes and a custom long-range pistol. Kate can fool almost any man with the right outfit, and kills discreetly with her hidden gun. 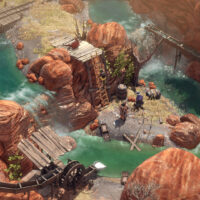 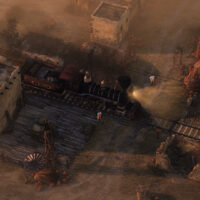 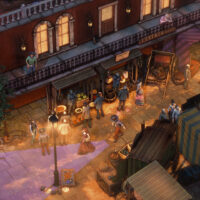 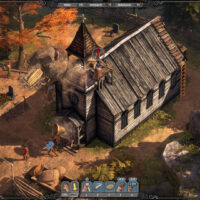 You can also play some other games using Lutris for Ubuntu.