Hello everyone, you can download RimWorld on Ubuntu and a big thanks to the developers and publishers, Ludeon Studios for making sure to release this game on the SteamOS(Linux platform). This game was highly anticipated and for many good reasons, we will cover some of the reasons in this short article.

Today we highlight some reasons why you should give RimWorld on your Linux OS via Steam/Steam Play. This is actually RimWorld 1.0, RimWorld itself has been around for a few years but this officially on October 17th 2018, version 1.0 of RimWorld was released to the world. The game currently has ‘Overwhelmingly Positive’ reviews and the game looks like it might be one of the best games to be released in 2018. It is currently also already one of the top 10 most played games right now on Steam. RimWorld is a 2D strategic, survival and base building game that will have you playing it for many hours. I have been playing this game for the past couple of days and I personally love it so far, I am averaging about 4 hours a week on this game which is a lot for me as right now I mostly gaming on my PS4 rather than my PC. Let’s find out what else makes this game worth your time.

What Is RimWorld About?

RimWorld is a sci-fi colony sim driven by an intelligent AI storyteller. Inspired by Dwarf Fortress, Firefly, and Dune. RimWorld is a story generator. It’s designed to co-author tragic, twisted, and triumphant stories about imprisoned pirates, desperate colonists, starvation and survival. It works by controlling the “random” events that the world throws at you. Every thunderstorm, pirate raid, and traveling salesman is a card dealt into your story by the AI Storyteller. There are several storytellers to choose from. Randy Random does crazy stuff, Cassandra Classic goes for rising tension, and Phoebe Chillax likes to relax.

Your colonists are not professional settlers:

Each person’s background is tracked and affects how they play:

The game generates a whole planet from the pole to equator: 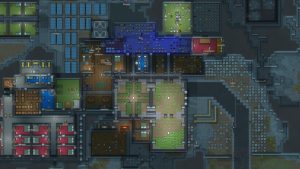 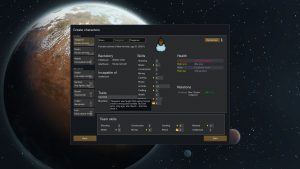 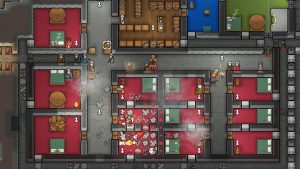 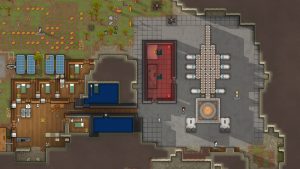