Hello everyone, you can now download Garry’s Mod for Ubuntu, before you do that, you should know that it is literally one of the all-time best selling PC games ever with over 10 million copies sold. Well, if you are a pure Linux gamer, maybe you haven’t heard of the game but most Windows users have heard of it, it’s still very popular especially for those that love to play online.

Today we will showcase Garry’s Mod for Linux to let other Linux gamers know just what they might be missing if they haven’t played this game yet. The game is quite interesting to say the least, I personally downloaded last year sometime and played it on and off and I continue to do that. The game doesn’t have a real goal or purpose, you basically load the game and do whatever you want, let me explain a bit further so this will make more sense.

What Is Garry’s Mod Game About?

Garry’s Mod is a physics sandbox. There aren’t any predefined aims or goals. We give you the tools and leave you to play.

You spawn objects and weld them together to create your own contraptions – whether that’s a car, a rocket, a catapult or something that doesn’t have a name yet – that’s up to you. You can do it offline, or join the thousands of players who play online each day.

If you’re not too great at construction – don’t worry, you can place a variety of characters in silly positions. But if you want to do more, we have the means.

The Garry’s Mod community is a tremendous source of content and has added hundreds of unique modes to the game. In Trouble In Terrorist Town, you can be a detective solving an online murder as criminals attempt to cover up their homicides. Be a ball, a plant, a chair, or anything else in Prop Hunt’s elaborate, shape-shifting game of Hide & Seek. Elevator: Source is gaming’s first elevator thrill ride, delivering players to airlocks and kitten dance parties.

We have one of the most vibrant Steam Community Workshops, with over 300,000 models, maps, and contraptions to download. It has everything from new tools to improve your builds, to guns that fire rainbow-tinged nuclear blasts from space. Take as much or as little as you need: it’s all free. 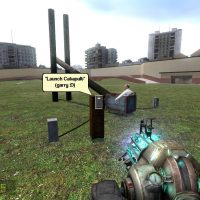 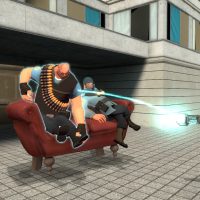 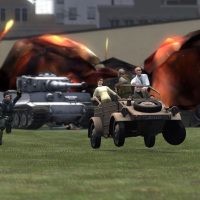 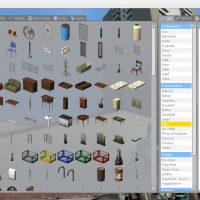 Other Linux games: Rust for Ubuntu & Cattle & Crops for Ubuntu