Hello everyone, you can download Rust for Ubuntu and play the popular game that was first released on February 8, 2018 world wide. This action packed, open world survival game is honestly a must download especially if you love multiplayer games, it works perfectly on most Linux distros that matter, ahem, Ubuntu and Linux Mint lol. Anyway, please read on…

Today we will highlight Rust, a popular open world survival game where your basic and only goal is to survive before someone or something kills you. It is pretty much a sandbox type game, which are popular these days, matter of fact, those are the most popular games in terms of constant online users because they let you do whatever you want and Rust is no different. The graphics are damn good and the game is regularly updated so you will always have new maps, new weapons and new options as you continue to play.

What Is Rust About?

The only aim in Rust is to survive. To do this you will need to overcome struggles such as hunger, thirst and cold. Build a fire. Build a shelter. Kill animals for meat. Protect yourself from other players, and kill them for meat. Create alliances with other players and form a town. Do whatever it takes to survive. Simple as that.

NOTE: At the end of 2019, the developers of Rust unfortunately decided to drop official support for Linux, but luckily you can install play by following the guides right below. 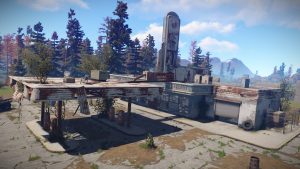 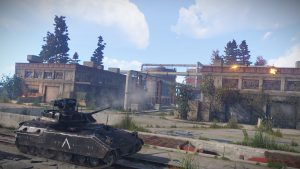 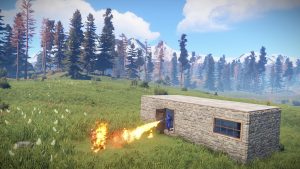