Hey there gamers? Hope you are all having a great week so far, well my week was kind of hectic. Was running up and down trying to get my laptop fixed, it crashed last month. Since I did not have enough money to get it fixed by then I thought of taking it to the laptop repair this week. And it’s all good news that now am back in business and my laptop now is good as new. Please keep reading this because today I will introduce you to this amazing game called INSURGENCY.

Today we will feature the most amazing game for Linux that’s being talked about by most people across the globe. INSURGENCY is one of the highest rated games of 2014 on steam and yes, Linux gamers can actually play this game now, it works fine on Ubuntu, Linux Mint. Now let’s see what else makes this action combat game developed and published by New World Interactive a must download game.

What Is Insurgency Game About?

INSURGENCY game takes you to the streets for intense close quarter combats, where a team’s survival depends upon securing crucial strongholds and destroying enemy supply in this multiplayer and cooperative source engine based experience. It’s also a highly competitive and unforgivably lethal, striking a balance between one-life gameplay and prolonged action.

It features over 40 weapons with numerous attachments, no crosshair, and a focus on a realistic weapon behavior including a free-aim system and intense suppression effect.

Has seven multiplayer game modes supporting up to 32 players with a focus on territorial control, destroying weapon caches and escorting high value targets.

Insurgency is a hardcore realistic first person shooter, there’s no HUD, no mini map etc. you have to count every bullet otherwise you won’t know how many of them left in your magazine. One or two hits usually mean you’re dead. Team communication and your own eyes is everything you have in this game. Thanks to the gameplay which is very unique and very different and I really like it.

I can fully recommend insurgency to anyone, just keep in mind that this is not a casual game. This game needs many hours if you want to be good and it’s very hard to get into it. Just like many games you meet death along the way and you need to start over after you’ve been wasted. 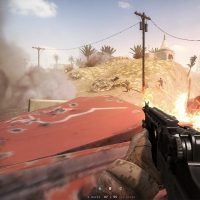 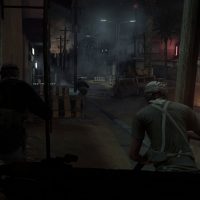 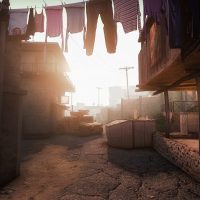 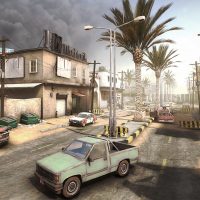