Hello everyone, you can download Deep Space Battle Simulator for Ubuntu and play one of the most enjoyable space games out there. If you were looking for a game that actually feels like you are in space, this game might be for you.

Today we will highlight some reasons why we think you should go ahead and give this game a go. Deep space battle simulator or dsbs as I hope it’s shortened to and called, is a fresh game from the time of this original post, the game is less than 24 hours young and it is already one of the top trending games on Steam and for a good reason, the game is fun and most of all, it’s a game that can actually work on most people’s’ PC’s these days, it doesn’t require a whole bunch of ram like most games, a standard 4GB DDR3 ram with a decent i3 processor with at least 2nd generation should work just fine. I tested it on my i3 5th generation HP laptop that I use randomly and it worked just fine, no lag and the graphics are good enough because the highlight of this game is clearly the gameplay. I haven’t put in massive hours on this game, barely 3 hours but so far, I see why it is getting hyped up, it’s pretty good. You can actually board enemy ships and attack them with various weapons, you can become captain of your own ship and explorer the galaxy as you get chased by numerous foes. The game is certainly made for online play and if that is your thing along with games that are set in space or spaceships, this is the game for you.

What is Deep Space Battle Simulator Game About?

Deep Space Battle Simulator is a round-based multiplayer first-person online game, where you play as a part of a capital ship crew and try to destroy the enemy team’s ship.

At the start of each round, you can customize your cruisers turrets, fill your hangars with lots of different smaller fighters and choose between numerous upgrades to give you the edge in battle. Once the round starts, move your capital ship freely in all three dimensions, shoot the turrets manually or use the ships integrated targeting systems to just focus which points of the enemy ship to focus. Control the energy distribution of your ship, raise the shields of each section of the ship individually, or direct energy to the engines, life support or weapon systems. You can also explore the giant interior of your capital ship while running to a hangar to join the battle with a smaller fighter and board the enemy ship and sabotage their generators, shields or engine.

Different battle sizes include additional frigates for each team, which also have a full interior to explore and interact with, and can be docked to capital ship or the space station, which has a capture point inside that will give huge advantages to the team controlling it. 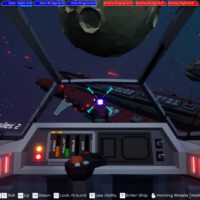 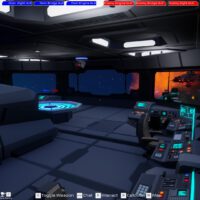 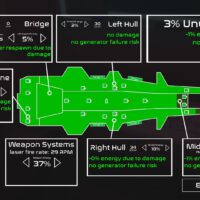 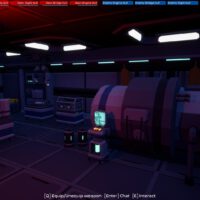