Hello everyone, you can now download Terraria for Ubuntu and play a very fun and addicting action packed RPG 2D game that keeps getting better with regular updates from the publishers.

Today we will highlight some reasons why we think you should try Terraria, this game is excellent for just about anyone, male or female, adult or a child, this game will probably have you hooked for hours. I had my 11 year old nephew try this game and although at first he was doubting it when he saw me play it because of the 2D graphics, after he tried it, he loved it. The game comes with regular free content updates thanks to the developers, Re-Logic. I personally love the auto generated maps that make each time you play this game feel new and I love the amount of abilities and weapons you can get as you play, I hate doing the same thing over and over again so the customizable options in this shouldn’t be overlooked. The RPG aspect of it is probably what will keep most of you coming back, it certainly isn’t going to be the graphics. With that said, let us know in the comments below what you think about this game once you decide to try it.

Terraria allows you to dig, Fight, Explore, Build: The very world is at your fingertips as you fight for survival, fortune, and glory. Will you delve deep into cavernous expanses in search of treasure and raw materials with which to craft ever-evolving gear, machinery, and aesthetics? Perhaps you will choose instead to seek out ever-greater foes to test your mettle in combat? Maybe you will decide to construct your own city to house the host of mysterious allies you may encounter along your travels?

Blending elements of classic action games with the freedom of sandbox-style creativity, Terraria is a unique gaming experience where both the journey and the destination are completely in the player’s control. The Terraria adventure is truly as unique as the players themselves. Are you up for the monumental task of exploring, creating, and defending a world of your own? If so, play this game on your Linux OS and you will have a good time. 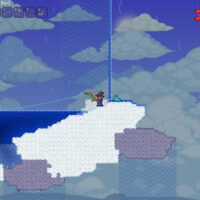 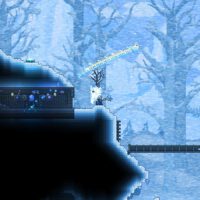 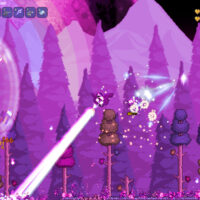 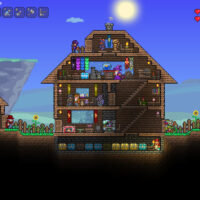