Hello everyone, you can now download SimAirport for Ubuntu and experience one of most promising up and coming management simulation games on the market.

Today we will highlight some reasons why we think you should definitely give this game a try on your Linux OS. This game is one of the most promising games for the year 2020 and the comments on their official Steam page prove it. Most of the reviews from people who have played the game are positive. I have just been playing this game for the last 7-8 hours but so far, it’s pretty damn impressive and fun. The graphics I think could and should be improved in the coming updates or though I know the point of such management games are not the graphics but the gameplay, still, it could look better. The gameplay on the other hand is great and it really is what keeps you hooked. I love how I can choose between building and maintaining a small regional airport hub or I can choose to go all out and build an international airport with big airplanes and massive people going in and out of my airport. If you always wanted to run an airport, this game is one you should definitely try. Let us know in the comments below what you think about this game once you decide to try it.

What Is SimAirport Game About?

SimAirport lets you control everything, from the cruise-altitude decisions to the smallest ground-level details. Challenge yourself to create an efficient & profitable international hub in Career Mode, or create an artistic masterpiece without credit rating worries in Sandbox Mode.

Moving walkways, multi-story structures, additional terminals, one-way taxiways, staggered schedules, and careful standby gate allocation — these are but a sampling of the concepts you’ll leverage on your way to truly mastering the art of large-scale airport operations.

Fuel can be a profitable saving grace or you may even decide to sell at-or-below cost as a loss-leader tactic in your effort to gain favor with airlines. Leverage the Fuel Marketplace as much as you can, too — with enough capacity you may be able to cash in on any arbitrage opportunities that present themselves which can provide a welcome capital infusion.

Conveyor to carousel, every single bag is tracked — watch as each piece of luggage makes its journey. Losing bags is a sure way to upset an individual pax, but it also starts causing issues with the airline when occurring often. Bag handling systems can be quite complicated and you definitely don’t want to become a case study like KDEN has! Take it slow and plan ahead — building a highly efficient baggage handling operation is no easy task and requires careful planning. 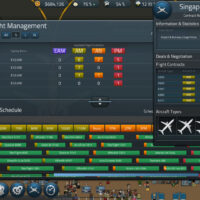 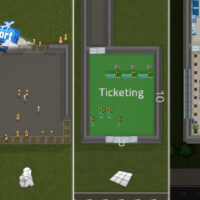 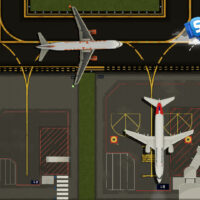