Rise of Industry on Linux

Hello everyone, today you can finally download Rise of Industry for Ubuntu and play one of the highest rated city building, simulation and management games available on the planet right on your Linux OS. I still can’t believe how many games we can now play on our Linux operating systems all thanks to amazing software like Crossover which allows you to run almost any Windows software or Windows game on your Ubuntu or other Linux OS. Today we will highlight a new game that was released today, from the time of this post. Rise of Industry was officially released worldwide on May 2nd 2019 and so far, the game has very positive reviews according to it’s official Steam page reviews. I downloaded this game about 3 hours ago so I really haven’t played it that much, officially I have played for about 2.5 hours on it and so far, I like it, I will give it a solid 9/10.

The game has oddly amusing graphics but the gameplay is where it is at and it also runs smoothly with no hiccups or anything on my HP powered laptop that is running Ubuntu 18.04. Rise of Industry is basically a city management simulation game where you try your best to build the best city you can while adapting to the changes around you including climate change, economy, resource shortage and many more complex situations. This simulation game is all about rewarding the big man on top, and that’s you. Right below we have more details about why this game might be the one for you. Let us know in the comments once you play Rise of Industry and give us your honest opinion.

About Rise of Industry

Rise of Industry is a strategic tycoon game that puts you in the shoes of an early 20th-century industrialist. Build and manage your growing empire in a living, breathing, and procedural generated world that is constantly evolving and adapting to your play style.

As a budding entrepreneur, you will build factories, construct efficient transport lines, move raw materials, produce finished goods, and arrange trade with the world’s developing cities, providing them with the resources they need to flourish – for as they grow and prosper, so do you.

Designed with an eye towards both accessibility and depth, Rise of Industry has enough strategic complexity and replay ability to satisfy the most experienced fans of the genre, while its simple-to-understand mechanics ensure that new players will love it as well.

Install Rise of Industry on Ubuntu 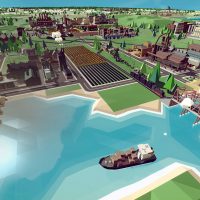 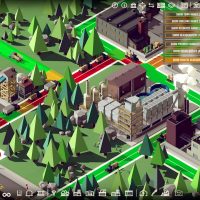 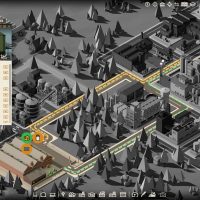 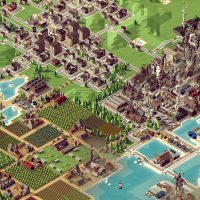