Hello everyone, you can download Minecraft for Ubuntu and play one of the most popular games of all-time that is luckily for us, available on all platforms including the mighty Linux.

Today we will highlight some reasons why we think you should go ahead and try this game on your Linux OS if you haven’t played it already on the other platforms. I have been playing it on my Ubuntu 19.10 HP laptop for the past week or so and it runs just perfectly, it’s smooth and if I had to rate it, I would give it a solid 9/10. For those of you who don’t know, this game is now owned by Microsoft and developed by Xbox Game Studios. Microsoft is committed to making more of their software open source and thus Linux enabled, with that said, they are doing their part in updating the Linux version of Minecraft with critical updates and updates when necessary. Let us know in the comments if you decide to try this game and what you think about it.

What is Minecraft Game About?

Explore infinite worlds and build everything from the simplest of homes to the grandest of castles. Play in creative mode with unlimited resources or mine deep into the world in survival mode, crafting weapons and armor to fend off dangerous mobs. Create, explore and survive alone or with friends on mobile devices, Switch, Xbox One and Windows 10.

Minecraft on Windows 10 also runs on Windows Mixed Reality and Oculus Rift devices, and supports all the Minecraft features you know and love. 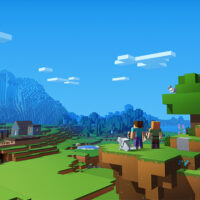 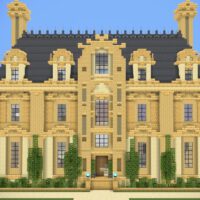 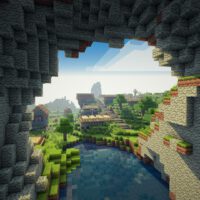 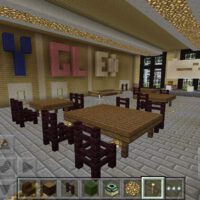 Other Linux Games To Try: SimAirport for Ubuntu, Transport Fever 2 for Ubuntu & Shadow of the Tomb Raider for Ubuntu