Hello everyone, on this page you will learn how to install Steam on Ubuntu, but before that, let me ask you, who here doesn’t love games? I am serious, according to statistics including google search results, the video game industry is one of the fastest growing industries for the past 15 years, in fact, even during the global recession in 2009, the video game industry continued to grow.

It is a multi-billion dollar industry and I am proud to say that I probably contributed some of my money towards that amount as well lol.

So what does this mean for the Linux Gaming Community? Because of the ever expanding Linux community, game developers are finally paying attention to us Linux users and new Linux games are being developed as we type.

One of the best examples is the one and only Steam Gaming Client. 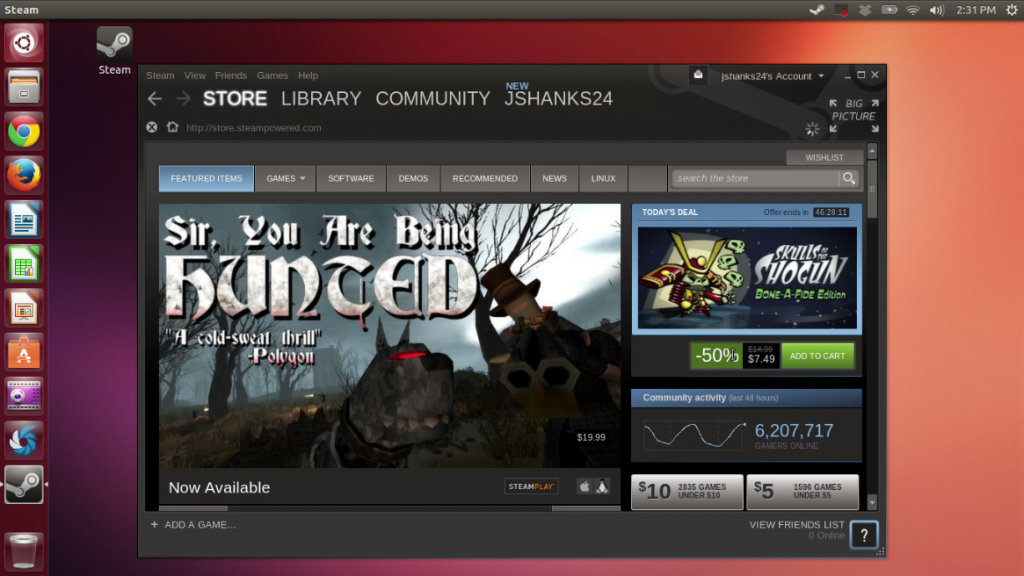 In simple terms, Steam is a program/software/application that allows you to download games on windows, mac and linux, it also allows you to play the games with other gamers online.

For Amd users, how to use steam with your AMD card and ubuntu 22.04

1. You will need to install and update steam BEFORE you install your AMD drivers off the amd web page or steam will not launch.

2. You will need to execute this code below to fix weird mouse issues where it disappears while steam is running.

3.To install your amd driver (off the amd web page) you will need to first set a password for root like this