Shadow of the tomb raider on Linux

Hello everyone, you can now download Shadow of the Tomb Raider for Ubuntu and play one of the most thrilling, unique and adaptive games on Linux in a long time. Lara Croft is back with a bunch of new skills.

Today we will highlight some reasons why we think you should go ahead and get Shadow of the Tomb Raider Definitive edition on your Linux OS and play one of the highest rated action and adventure games in a long time. It took this game a little longer to get ported to Linux, for reasons I do not know but once it ported to Linux, it has stayed among the top 5 most purchased Linux games according to Steam’s official stats. This shouldn’t surprise anyone because the Tomb Raider franchise is massive and still growing daily. I just downloaded this game yesterday so I can’t say too much about it yet but I love it so far as I play it on my 2016 HP laptop running the Ubuntu 19.10. The graphics are amazing but the new gameplay style which includes clever skill upgrades, weapons, gear and abilities is where the fun is really at. You can play this game a thousand times and it will feel different each time depending on what you decide to do. I enjoy games like these. Let us know in the comments what you think about this game once you decide to try it.

What Is Shadow of the Tomb Raider Game About?

Survive and Thrive In the Deadliest Place on Earth: Master an unforgiving jungle setting in order to survive. Explore underwater environments filled with crevasses and deep tunnel systems.

Become One With the Jungle: Outgunned and outnumbered, Lara must use the jungle to her advantage. Strike suddenly and disappear like a jaguar, use mud as camouflage, and instill fear in enemies to sow chaos.

Discover Dark and Brutal Tombs: Tombs are more terrifying than ever before, requiring advanced traversal techniques to reach them, and once inside they are filled with deadly puzzles.

Uncover Living History: Discover a hidden city and explore the biggest hub space ever found in a Tomb Raider game.

Install Shadow of the Tomb Raider on Ubuntu 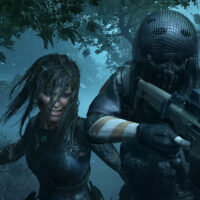 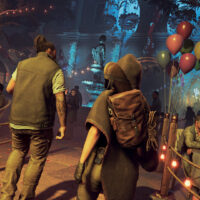 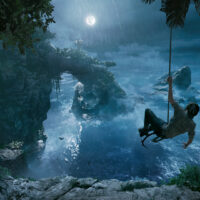