Hello everyone, today you can download Kindergarten 2 for Ubuntu and play one of the most unique and certainly interesting games that I have come across in awhile. This game was released less than 24 hours ago and it is currently the new #1 game being downloaded on Steams Platform.

Today we will highlight this new game that is now the #1 game for Linux gamers on Steam and we will give you some reasons why you might want to give a try too. Kindergarten 2 is the second game in the Kindergarten franchise developed by Con Man Games and SmashGames and then published by SmashGames themselves. I have been playing this game for less than 2 hours but so far I really like it. Do not judge this book by its cover, the graphics might be a little 2D-ish for some of you but trust me, they actually end up enhancing the gameplay. The point of this game is to complete a bunch of main missions and side missions while you navigate inside a Kindergarten school. You can start fights, stop fights, play dodgeball, corrupt teachers and many other side missions that I have yet to experience playing myself. I really like the direction where this game is going and of course they will add new missions and options as the game grows. Let us know in the comments what you think about this game once you decide to try it.

Kindergarten 2 is the long awaited sequel to 2017’s Kindergarten! After the events that occurred on Monday, the children have been rezoned to an all new school. Discover all new areas and new characters as you assist the children with their various assignments. Whether it’s helping Cindy find a new boyfriend, or helping the janitor with his war on Bob, there’s always someone who can be…assisted. Play through the same wonderful Tuesday over and over again, in what has been described as “Groundhog Day with messed up children.” 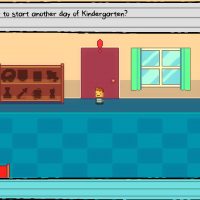 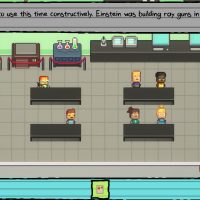 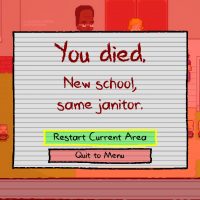 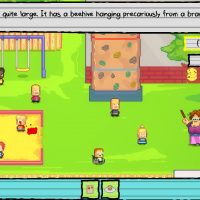