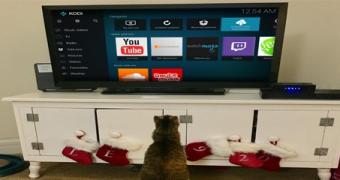 The LibreELEC community announced the release and general availability of LibreELEC 9.2, the first major update in the latest LibreELEC 9 series that adds various improvements and updated components.

LibreELEC 9.2 comes nine months after the launch of the LibreELEC 9 series, which is based on the latest Kodi 18 “Leia” open-source and cross-platform media centre, and introduces various improvements to Raspberry Pi 4 Model B devices, such as a firmware updater, a new option for enabling 4K output, and the Linux 4.19 kernel with some extra optimizations.