Hello everyone, on this page you will find the best iTunes to replacements on ubuntu, make sure you try at least 3 of these choices, some of you just visit the first two iTunes alternative without giving the rest a chance, me included lol. Before we give you the iTunes app on Ubuntu, lets give you some information about why Linux can’t run iTunes even in 2022 and beyond.

Can I run iTunes in Ubuntu?

No, you unfortunately can NOT run iTunes on Ubuntu or any other Linux distro. People will tell you there are weird ways to get iTunes running in Ubuntu, but I’ve never seen anyone successfully do it or give instructions that someone else could follow to successfully run iTunes in Ubuntu. Apple simply refuses to make a working iTunes version for Ubuntu at this time. Typical Apple right? 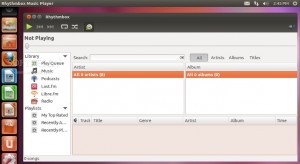 Being the default music player on Ubuntu, Rhythmbox is considered to be the most stable, yet most powerful music player around. With a user interface similar to iTunes, this free application not only lets you listen to your favorite music but also lets you enjoy podcasts and radio as well. Furthermore, it lets you create playlists so that you won’t have to look for your favorite songs every single time.

One of the biggest advantages that Rhythmbox has over other media players is it recognizes most of the popular devices like iPhone, iPod, and even the latest Android phones. This means that you can connect your device to your computer and transfer your favorite music to it directly from Rhythmbox. If you’re using the latest version of Ubuntu, Rhythmbox comes pre-installed. 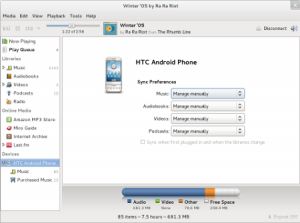 Banshee is another free media player that has an interface that is similar to iTunes. Like iTunes, it can play music, movies, and audiobooks as well. Once installed, all you have to do is add your media to its library and start search for your favorite tracks. If you want to buy new tracks, Banshee takes care of that too by integrating with Amazon’s online music store. Though not updated as often as Rhythmbox, Banshee remains one of the most popular players iTunes lovers flock to. 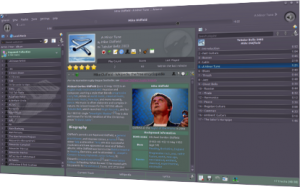 Unlike Rhythmbox or Banshee, doesn’t have an interface similar to iTunes(Which is not a bad thing!). Instead, it comes with a simple layout that makes discovering and playing your music easier. Once installed, you’ll be able to search, manage, and listen to your favorite music just like you used to on iTunes. The application comes with playing statistics, file tracking, dynamic playlists, and many other features that make it a really good alternative to Apple’s famous music player. 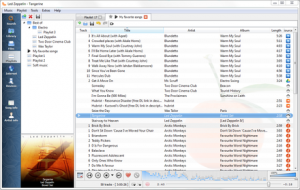 Clementine is one of the newest music players on Ubuntu. Equipped with a simple design that makes finding and managing playlists easier, this free application comes with dozens of interesting features that make listening to music a fun experience. You can manage playlists, download cover art, and even play music from online sources like Grooveshark and Last.fm. Furthermore, Clementine also lets you transfer your favorite songs to your iPhone or iPod just like you did on iTunes. 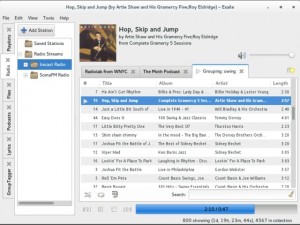 Exaile is a great music player if you’re looking for something simple and lightweight. Like other aforementioned players, Exaile comes with built-in support for popular media players. Also, much like iTunes, the application automatically fetches the album cover art for you. Not just that, it even supports Last.fm scrobbling, a feature which is not present in the famed iTunes. Many people who switch to Ubuntu often complain about the lack of iTunes on this platform. Though Apple is yet to make a version of its popular software for Linux, developers from around the world have tried to come up with some fabulous alternatives to it. These applications, apart from providing features similar to iTunes, also come with some unique features of their own. Though you won’t essentially get what you’ve been getting on your Mac or PC, you won’t be missing out on your favorite music and movies just because you switched to Ubuntu.