Hello everyone, you can download War Thunder for Ubuntu and play one of the most underrated military simulation games out

Today we will highlight some reasons why we think you should definitely give this game a try on your Linux OS. War Thunder is a game that was released way back in 2013, on Windows first, then it was later released for the other operating systems out there. We are adding it now because over the years, War Thunder has grown to being one of the most respected and active game communities out there. You can login everyday and play online with thousands of other players and for the most part, their servers are usually stable. Now with the Coronavirus still looming over most of our lives, this is the perfect time to relax and play such games. If you love military MMO games, and if you are tired of playing Counter-Strike GO, try this game, the graphics are superb, the gameplay is great and the community and developers of the game are always adding new content to make the game feel fresh. Let us know in the comments below what you think about this game once you decide to try it.

What Is War Thunder Game About?

War Thunder is the most comprehensive free-to-play, cross-platform, MMO military game for Windows, Linux, Mac, PlayStation 4 and Xbox One dedicated to aviation, armoured vehicles, and naval craft from World War II and the Cold War. Join now and take part in major battles on land, in the air, and at sea, fighting with millions of players from all over the world in an ever-evolving environment.

In War Thunder, aircraft, attack helicopters, ground forces and naval ships collaborate in realistic competitive battles. You can choose from over 1,000 vehicles and an extensive variety of combat situations many of which are exclusive. You can find yourself blasting your pursuers from a bomber turret, defending your teammates on the ground from an air raid with anti-aircraft guns, shooting down enemy planes with a firestorm from multiple rocket launchers, or trying to sink an enemy warship with a torpedo from a fast attack boat. 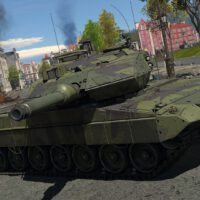 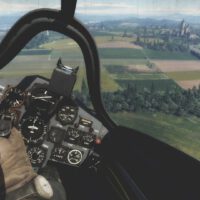 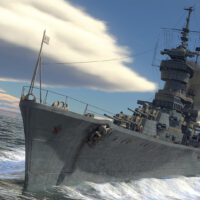 Other Linux Games To Try: Black Mesa for Ubuntu, Terraria for Ubuntu & SimAirport for Ubuntu