Hello everyone, you can download RimWorld Biotech for Ubuntu and Linux and enjoy one of the most anticipated DLC content in the Linux gaming community.

Today we will highlight why we think this DLC deserves your attention, especially if you still play the classic RimWorld game which by the way is required for you to play Biotech. I have played the original RimWorld game for a couple of years, it is fun and whenever I remember to play it, I usually have a great time and this new DLC sounds like it is basically a completely new game which is a good thing if you ask me. The new Biotech expands on the original games concept but with improved gameplay including a much deeper AI and system that now requires you to think twice before you decide to genetically modify your children in order to fit their environment and beyond and on top of that you have to think about feeding them and how happy they will be, and this isn’t even half of the game. Anyway, let me not say too much, the game is ‘complex’ but if you love deep simulation games embedded with scifi science stuff? This game might be the one to make you smile.

What is RimWorld Biotech Game About?

RimWorld Biotech is a game that works on your Linux and Ubuntu computers that lets you raise a family with children, experiment with genetic modifications, and command your own mechanoid army and workforce.

Have children and raise a family through natural or artificial means. Colonists could give birth or use a surrogate mother, take in a band of orphans, and even gestate embryos in machines. Play matchmaker with your colonists, or let their relationships grow organically. Prepare for labor and childcare, and get ready to welcome your little ones to the world.

Keep your baby’s tummy full with lots of good eats, decorate an adorable nursery for playtime, and build a comfortable crib for a good night’s rest. Happy babies make for happy colonists.

Give your children a rich and happy childhood by balancing their life between work and play. Help kids fulfill their learning desires by letting them explore nature, chat on the radio, spend time in class, daydream, scribble, and watch the grown-ups at work. Choose your children’s traits and passions at certain ages – the healthier their upbringing, the greater the variety of traits and passions to pick from. Growth vats offer a cheaper alternative to normal child raising. Use vats to accelerate your children’s development to quickly churn out dumb soldiers and simple workers.

Create your own genetically-modified colonists known as xenohumans. Curate a collection of exotic genes by purchasing them from traders, accepting them as quest rewards, or extracting them from your menagerie of xenohuman prisoners. Recombine genes to make bizarre and advantageous mixes of traits, and build your colony of xenohumans.

Sanguophages pass among humans undetected while concealing superhuman powers and working to satiate their genetic need for blood. Powered by superintelligent nano-machines, sanguophages are ageless, immortal, preternaturally beautiful, and capable of launching deadly spines and healing allies. You may join their cult if deemed worthy, or force them to grant you immortality.

Engage with new factions consisting of exotic xenohumans. Xenohuman factions’ include hardy pig-people, poison-drinking wasters pirates, unforgiving neanderthal hunters, and more. Factions feel different from each other – how you handle a group of frenzied fire-breathers will be different from stopping the wolf escorts sent by fur-bodied riflemen. Some xenohuman cultures are friendly, while others are hostile or prefer to be left alone. 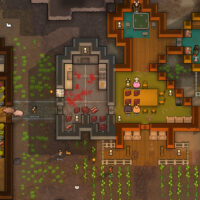 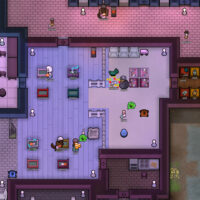 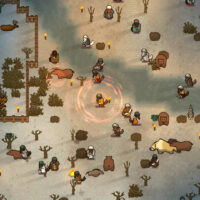 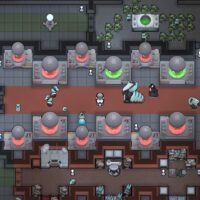 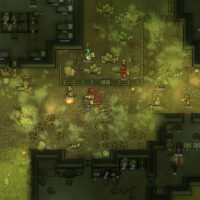 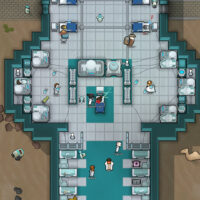 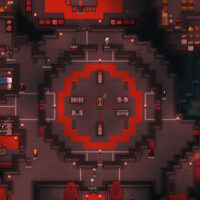 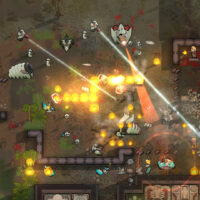 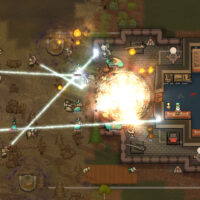