Hello everyone, you can download Factorio for Ubuntu and play a very fun and highly recommended game by those of us who have tried it. On top of that, it receives regular updates from the publisher and developers.

Today we will highlight some reasons why we think you should try Factorio, this game is excellent for just about anyone, male or female, adult or a child, this game will probably have you hooked for hours. The graphics are old school 2D fused with some modern type rendering but nonetheless, it is a very addicting game that I know a lot of you will definitely enjoy. By the way, the game isn’t necessary new, but in 2020 it was when it was officially released, it was technically released in 2013 but for the past 7 years it has been in beta until just a few days ago.

The top down view is of course cliche but it does the job, you can zoom though and actually when you do that, the graphics get sharper and better. I can’t really describe it for you the right way, but once you check out the screenshot below you will see what I mean. Don’t just this game by the cover, it’s one of those games that you have to actually really play yourself to appreciate why those of us who have tried it, are recommending it. Unfortunately the game, as we are typing now, it is not free but most good games are not right? The prices vary so by the time you are visiting the link, it might change. With that said, let us know in the comments below what you think about this game once you decide to try it.

What Is Factorio Game About?

Factorio is a game in which you build and maintain factories. You will be mining resources, researching technologies, building infrastructure, automating production and fighting enemies. In the beginning you will find yourself chopping trees, mining ores and crafting mechanical arms and transport belts by hand, but in short time you can become an industrial powerhouse, with huge solar fields, oil refining and cracking, manufacture and deployment of construction and logistic robots, all for your resource needs. However this heavy exploitation of the planet’s resources does not sit nicely with the locals, so you will have to be prepared to defend yourself and your machine empire.

Join forces with other players in cooperative Multiplayer, create huge factories, collaborate and delegate tasks between you and your friends. Add mods to increase your enjoyment, from small tweak and helper mods to complete game overhauls, Factorio’s ground-up Modding support has allowed content creators from around the world to design interesting and innovative features. While the core gameplay is in the form of the freeplay scenario, there are a range of interesting challenges in the form of Scenarios.

If you don’t find any maps or scenarios you enjoy, you can create your own with the in-game Map Editor, place down entities, enemies, and terrain in any way you like, and even add your own custom script to make for interesting gameplay. 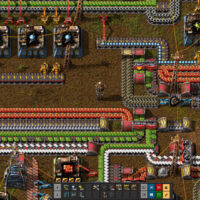 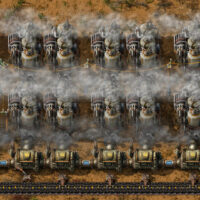 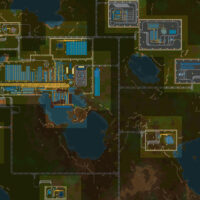 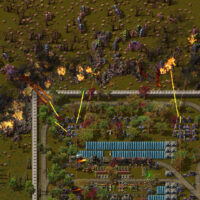 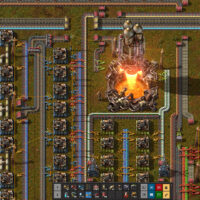 Other Linux Games To Try: Black Mesa for Ubuntu, Terraria for Ubuntu & War Thunder for Ubuntu