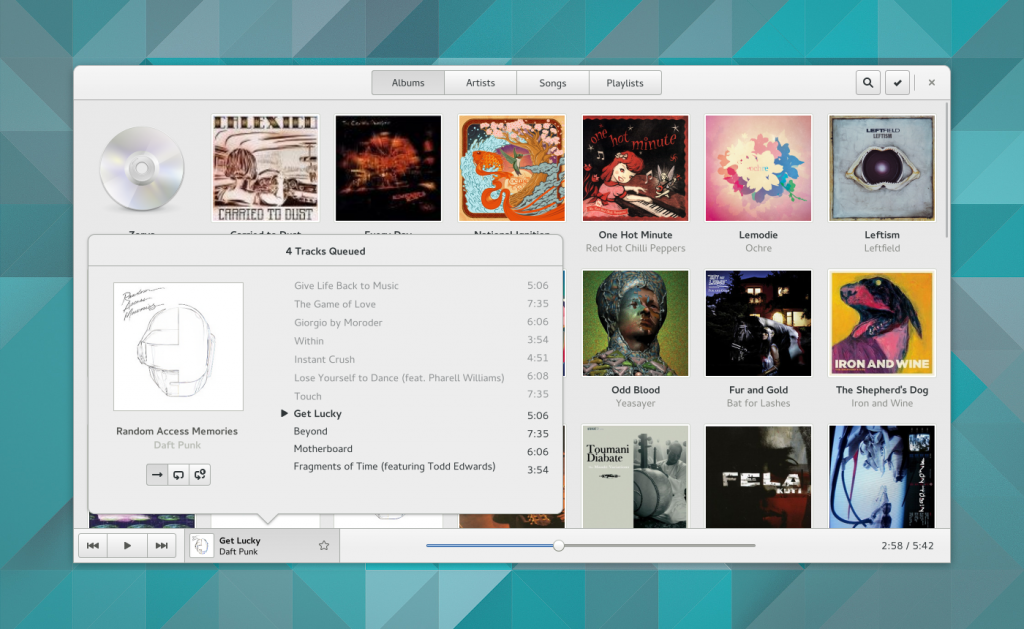 Hello everyone, how are you all doing today? You can now download Gnome Music for Ubuntu I hope you are all having a great week so far. If not, just remember tomorrow is Friday so that should put a smile on your face! If that doesn’t work, then perhaps checking out this new Music player for your Ubuntu or Linux OS might turn that frown upside down, read on…

Today we will focus on a music player app for Ubuntu by GNOME, rightfully known as GNOME Music Player, I know what you are thinking, they should probably give it a better name sometime very soon, that’s just way too generic in my opinion lol anyway, lets look at what this app can do for you.

The first new feature that we have planned for Music is a new play queue interface. This is intended to give you quick access to what’s currently playing. You can also star tracks that are in the queue, such as the song you just listened to.

The new play queue design aims to improve the interaction around shuffle and repeat. We want to make sure that these only act on the current play queue, so that you don’t accidentally leave shuffle on forever (this will be possible through the smart playlists, if it’s what you want), and it allows shuffle and repeat to be used temporarily for a particular music selection.

As I already mentioned, smart playlists landed last cycle, in 3.16. We really want to build on this functionality. I’m excited by the possibility of making smart playlists much more dynamic, so that they reflect your music collection and listening habits.

If you have a lot of jazz in your collection, we could offer special jazz playlists, or if you have been using the app for a while, we can suggest retrospective selections of tracks, such as your favourite artists from the last month or year. There’s a huge amount of scope here to create an engaging, personalised listening experience.

A first step in this work is to rework the existing UI for smart playlists.

The final new feature that I’m going to mention here is media import. While optical media isn’t as popular as it used to be, it is still important for some users, and we want to make it simple and easy to rip a CD and add it to your music collection.

The new interface for viewing Albums as you stream the music looks amazing. 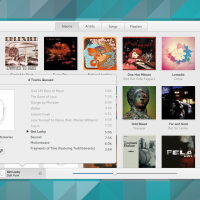 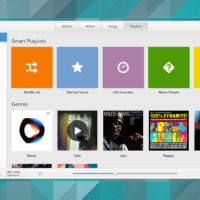 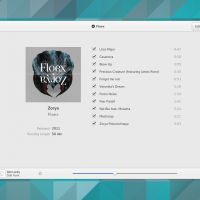 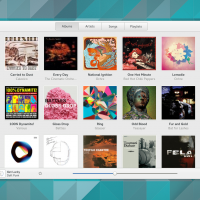