Hello everyone, you can download Valheim for Ubuntu and play one of the highest rated indie games right now, and honestly, the current ratings and reviews coming in speak for themselves. This game is pretty damn good.

Today we will highlight some reasons why we think you should go ahead and give this game a go. Valheim is an open world, survival game made by an Indie publishing company known as Coffee Stain Publishing, ya crazy name but at least they seem to produce good games. I was bit taken back when I heard this game would be available on Linux from the jump, as more and more gaming companies are finally giving us Linux gamers some hope for the future, this is great news and I hope those of you who decide to try this game will buy it and support the publishers and the team behind the development, it would certainly encourage them to continue to develop this game and others on the Linux game without us, the community, begging them or waiting for a port years later. I have been playing this game for about 3 days now and I must say, it is smooth, despite that at the time of this posting, the game isn’t fully released yet but I do have the early access version and it’s something so far. The graphics are sharp, the gameplay is nothing really unique but at the same time, it feels different? Not sure if that makes sense, you would have to play it to understand what I am trying to say.

What is Valheim Game About?

Valheim is game where you are a battle-slain warrior and suddenly the Valkyries have ferried your soul to Valheim, the tenth Norse world. Besieged by creatures of chaos and ancient enemies of the gods, you are the newest custodian of the primordial purgatory, tasked with slaying Odin’s ancient rivals and bringing order to Valheim.

Your trials begin at the disarmingly peaceful center of Valheim, but the gods reward the brave and glory awaits. Venture forth through imposing forests and snow-capped mountains, explore and harvest more valuable materials to craft deadlier weapons, sturdier armor, Viking strongholds and outposts. Build a mighty longship and sail the great oceans in search of exotic lands … but be wary of sailing too far… 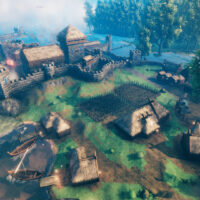 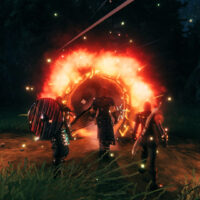 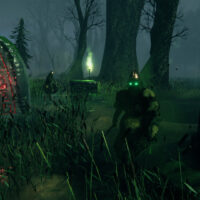 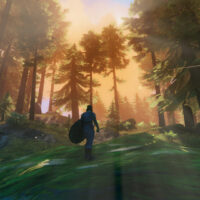