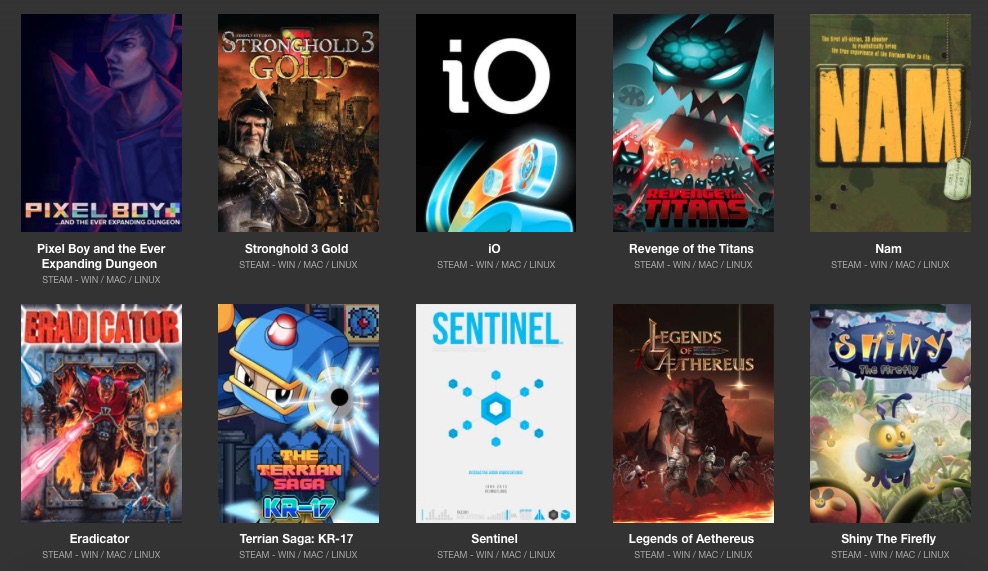 10 Games available for your Ubuntu computer

Hello everybody, how are you all doing on this chilly Tuesday afternoon? My day is going great so far and for some reason, I am really, really motivated to work on some new projects. Anyway, lets look at some cool Ubuntu games today, read on…

BundleStars.com has launched its latest limited-time game offer composed of 10 Steam games that all run on Linux for $2.49/£1.99.

The Trinity Bundle runs for two weeks and shaves $120 off the regular Steam sale price for all ten games combined.

Unlike other bundle-based game offers, Bundle Stars like to keep things simple.

There are no tiers, no hidden extras to unlock, and no faffing around with average prices to beat. Just one price for all ten games.

The games themselves span a range of genres, including a mighty online action-role playing game for up to four players. Among the titles is the retro-inspired arcade shooter Eradicator, strategy game Stronghold 3 Gold, and action RPG Pixel Boy and the Ever Expanding Dungeon.

All games in the Trinity Bundle can be redeemed using Steam Keys on Linux, Windows and Mac OS X.

For more details, system requirements and sale terms, not to mention that all important buy button, head over to Bundle Stars’ website by hitting the link below.

This was first posted by OmgUbuntu.co.uk