Hello everyone, how is your Thursday afternoon going so far? Happy Thanksgiving to all of you who are in America and that celebrate that “holiday”.  As for the rest of the world, lets just remember tomorrow is Friday so our ‘holiday’ starts then lol, anyway…on this page you will find the best Photoshop replacements on Ubuntu, make sure you try at least 3 of these choices, some of you just visit the first two Photoshop alternative without giving the rest a chance, me included lol. Before we give you the Photoshop app on Ubuntu, lets give you some information about why Linux can’t naturally run Photoshop even in 2019 and beyond.

Can I run Photoshop In Ubuntu?

No, you unfortunately can NOT run Photoshop on Ubuntu or any other Linux distro, at least not naturally, by naturally I mean you can’t just go to adobe.com and download the Linux version of Photoshop.

There is a work around that people use with software like WINE or running a Virtual Machine, I have used both and honestly it still doesn’t compare to the original Photoshop which runs smoothly on a Mac or Windows system.

Often the plugins don’t work, fonts are messed up, sometimes its slow, the list of issues goes on and on and getting Photoshop to work on WINE or another Virtual Machine isn’t easy, not all, you have to do a lot of useless stuff just to load it up right, smh! Believe me, it’s better to use the following Photoshop alternatives for your Ubuntu OS. 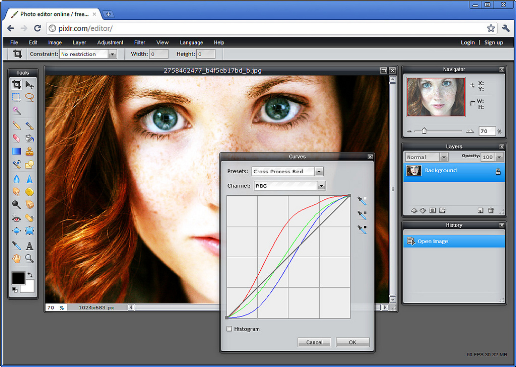 Use Pixlr on Ubuntu

Pixlr Editor really would be an excellent choice for experienced users who haven’t got access to a computer with a pixel-based image editor already installed. Rather than downloading software, Pixlr Editor allows users to access a host of powerful image editing features from any computer with an internet connection. It is without a doubt my favorite graphics editing software to use on Ubuntu. It is free, online and it has about 80-90% of all the default features and plugins that come with the latest Adobe Photoshop. Did I mention it also recognizes the fonts you download on your Ubuntu automatically? Yeah, it’s that good. 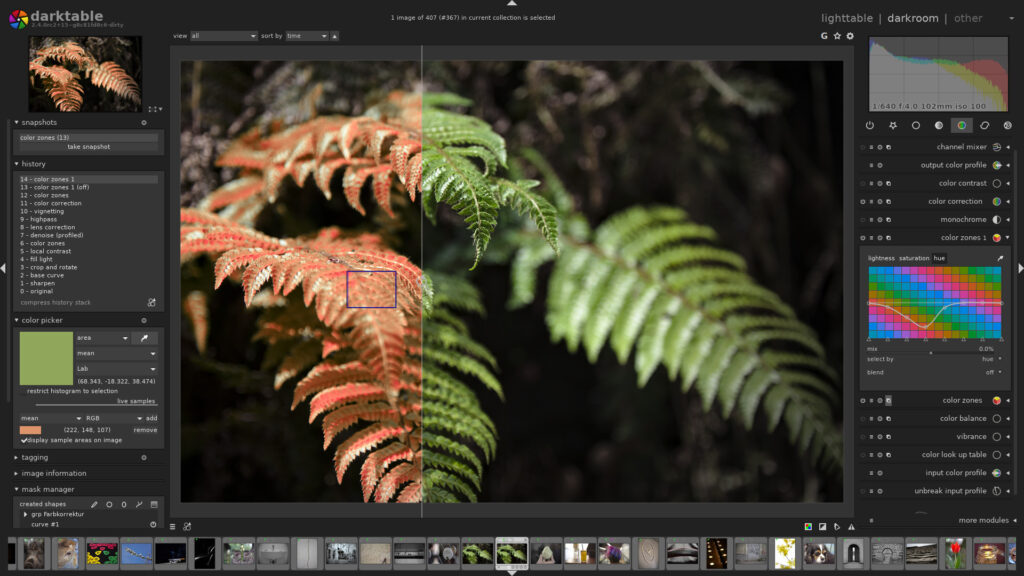 Darktable is an open source photography workflow application and raw developer. A virtual light-table and darkroom for photographers. It manages your digital negatives in a database, lets you view them through a zoom-able light-table and enables you to develop raw images and enhance them. If you visited this post earlier in the year, you probably didn’t find this on the list, we have added it and it quickly rose the ranks thanks to it’s smooth UI interface and the developers who regularly update it with new features and bug fixes, it’s worth your time to try, trust me. 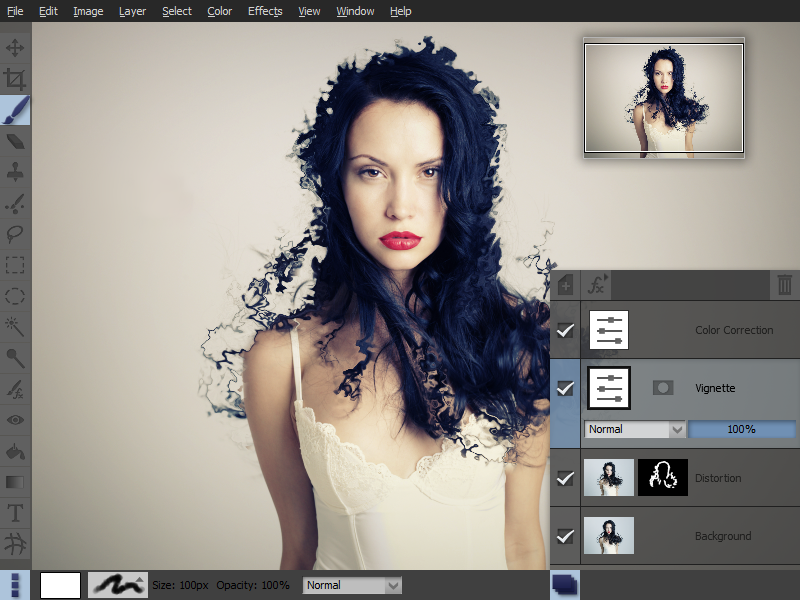 Pixeluvo is an image editing and photo manipulation application designed to be both powerful and easy to use. It contains a wide range of advanced features including non-destructive editing via adjustment layers, full support for raw image formats, powerful color correction tools, realistic pressure-sensitive drawing tools and many image enhancement filters. Pixeluvo is sort of a hidden gem, I didn’t know about it until about 30 minutes before I wrote this post. I immediately downloaded it and I must say I am quite impressed, it is better than I thought hence why it is placed ahead of Gimp. 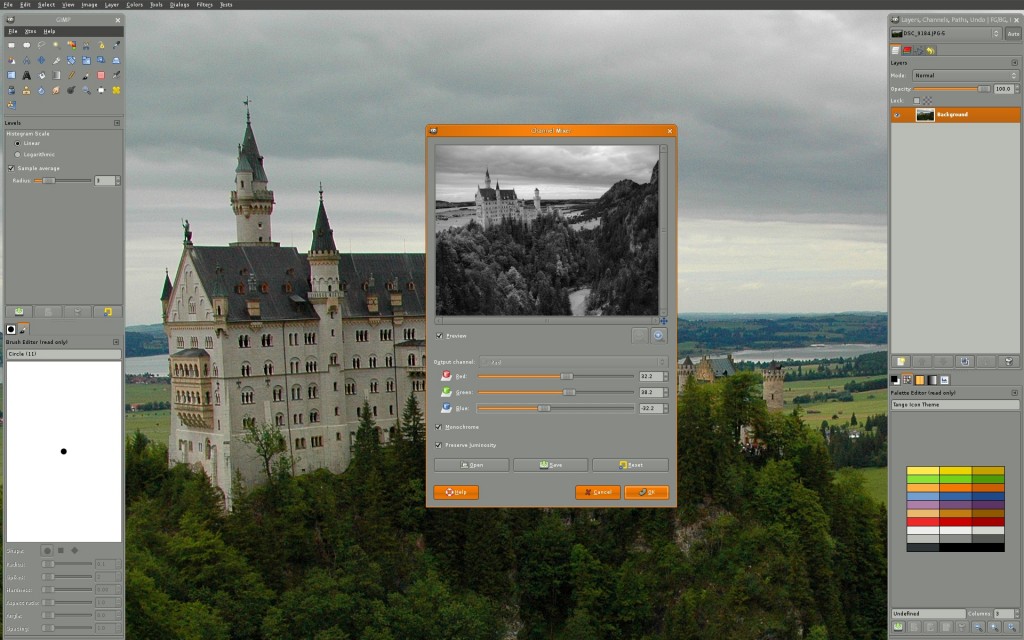 GIMP is an acronym for GNU Image Manipulation Program. It is a freely distributed program for such tasks as photo retouching, image composition and image authoring. It has many capabilities. It can be used as a simple paint program, an expert quality photo retouching program, an online batch processing system, a mass production image renderer, an image format converter, etc. GIMP is expandable and extensible. It is designed to be augmented with plug-ins and extensions to do just about anything. I will admit GIMP is a good program for Linux distros but it is still far behind Photoshop in many areas, simple as that. 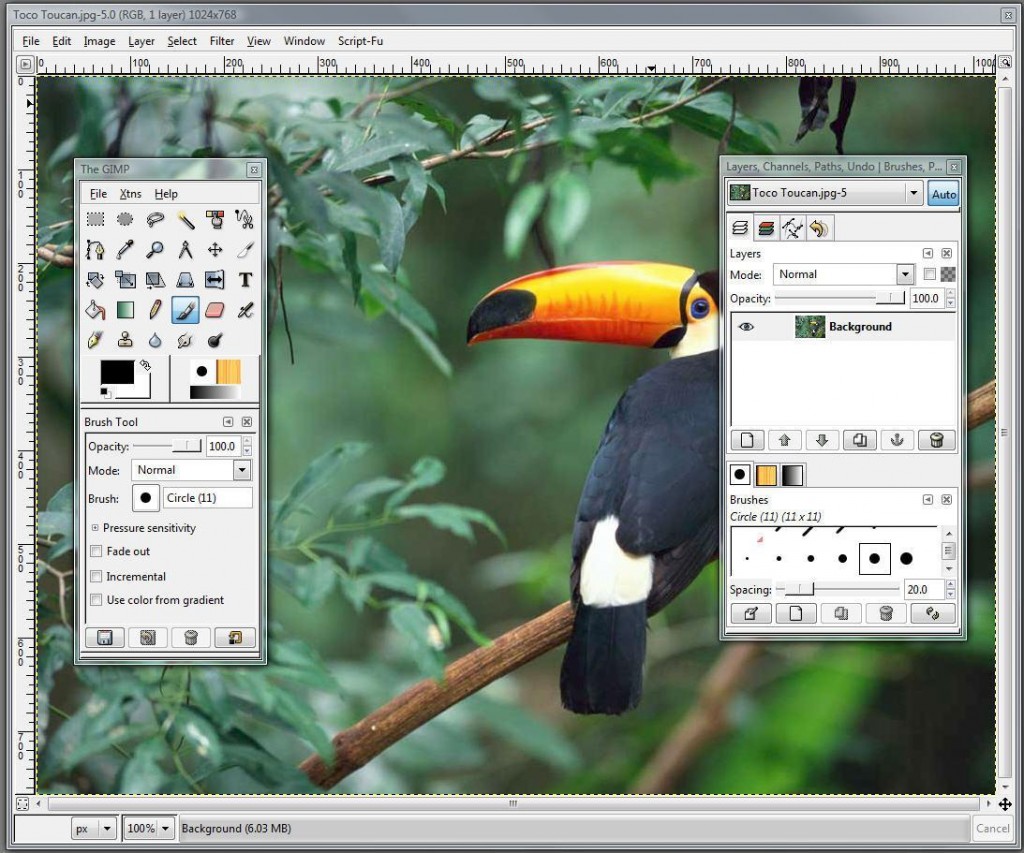 GIMPshop is a modification of the free/open source GNU Image Manipulation Program (GIMP), intended to replicate the feel of Adobe Photoshop. Its primary purpose is to make users of Photoshop feel comfortable using GIMP. It shares all GIMP’s advantages, including the long feature list and customizability, while addressing some common criticisms regarding the program’s interface: GIMPshop modifies the menu structure to closely match Photoshop’s, adjusts the program’s terminology to match Adobe’s, and, in the Windows version, uses a plugin called ‘Deweirdifier’ to combine the application’s numerous windows in a similar manner to the MDI system used by most Windows graphics packages. While GIMPshop does not support Photoshop plugins, all GIMP’s own plugins, filters, brushes, etc. remain available