Hello everyone, you can download Rocket League for Ubuntu, before you do that, I hope you are all having a great week so far, my week on the other hand has been pretty good, could be better but I can’t complain, it can always be worse right? Lol, anyway, please read on…

Today we will highlight an awesome game that has been one of the most popular and active games on Steam for the past 2-3 years none stop. I am talking about Rocket League. Have you heard of it? Probably not but you should be glad you stumbled on this post because chances are, you will at least try this game. Rocket League is game where you use cars to play some sort of futuristic soccer game, it’s a bit hard to explain so hang with me and let’s find out what really makes this game a must download for you on your Ubuntu & Linux gaming system.

What Is Rocket League For Linux?

Rocket League is a game where soccer meets driving once again in the long-awaited, physics-based sequel to the beloved arena classic, Supersonic Acrobatic Rocket-Powered Battle-Cars.

A futuristic Sports-Action game, Rocket League, equips players with booster-rigged vehicles that can be crashed into balls for incredible goals or epic saves across multiple, highly-detailed arenas. Using an advanced physics system to simulate realistic interactions, Rocket League relies on mass and momentum to give players a complete sense of intuitive control in this unbelievable, high-octane re-imagining of association football. 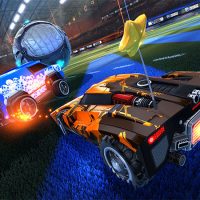 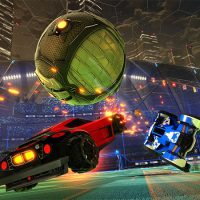 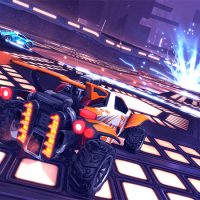