Don’t Starve Together on Ubuntu

Hello everyone, you can download Don’t Starve Together for Ubuntu and play one of the highest rated games with almost 8,100 of the latest reviews, all being overwhelmingly positive according to Steam.

Today we will highlight some reasons why we think you should try Don’t Starve Together, this game is excellent for anyone who loves these indie, nerdy and low system requirement games. Honestly, lets just say this game is for just about anyone who wants a fun game that can get you hooked almost instantly but not serious enough to stress you out if you don’t master the game in a few hours or even days. I only heard about this game about four days ago when I received an email from Steam telling me this expansion/game was reduced to less $6.00 for this game. I decided to try it after I saw all the positive comments from other gamers and after checking out a quick gameplay trailer on YouTube, I decided what the heck, let me give it a try. The game is updated often by Klei entertainment who happen to have very well rated games and it’s not a coincidence just about all their games don’t require a fancy computer, at all, in fact, I can argue you don’t even need an i3 level computer to play this, older machines can play this game just fine by the looks of things.

What is Don’t Starve Together Game About?

Don’t Starve Together is the standalone multiplayer expansion of the uncompromising wilderness survival game, Don’t Starve.

In this game, that luckily works for Linux, you basically enter a strange and unexplored world full of strange creatures, dangers, and surprises. Gather resources to craft items and structures that match your survival style. Play your way as you unravel the mysteries of this strange land.

Install Don’t Starve Together on Ubuntu 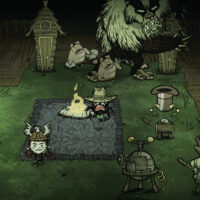 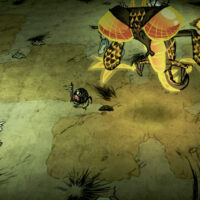 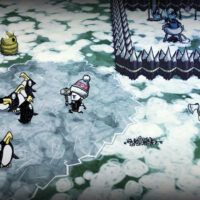 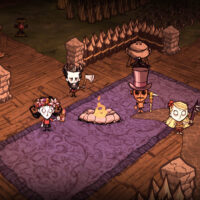 You can also play some other games using Wine for Ubuntu.