Hello everyone, how are you all doing today? I hope you are all having a great week so far. My week has been interesting to say the least. I have been busy helping my cousin move to her new apartment not too far from where I currently live but I finally have some time and I wanted to recommend a certain Linux app for you all, please read on…

Today we will highlight an awesome app known as CrossOver that many consider to be better than Wine for Ubuntu, the original software that allows you to run Windows programs and Windows games on Linux and Ubuntu quiet easily. CrossOver is a “polished version” of Wine and it attracts both personal and commercial consumers. What makes CrossOver the better program to run your Windows software on Ubuntu? Let’s find out.

What Is CrossOver For Linux?

CrossOver easy to set-up thanks to CrossTie technology which makes installing your Windows software simple, with one click installation. Effortlessly switch between Linux and Windows programs and play Windows games at native speeds.

Requiring less than 150 Mb of free space, CrossOver Linux doesn’t have the overhead of a Windows operating system like a virtual machine which means you don’t have to dedicate gigabytes and gigabytes of hard drive space. Allowing you to efficiently run the Windows software you need on Linux with CrossOver.

Once CrossOver is installed, install and launch your Windows programs as you would any Linux application. You get access to your favorite Windows programs with ease. No booting required, or launching a virtual machine. No having to copy files from one file system to another. CrossOver runs directly on your Linux OS, and so does your Windows software.

CrossOver runs natively on your Linux PC. Which means you don’t have to run a copy of Windows. Which means you’re not paying the RAM and CPU penalty for two operating systems running at the same time. Which means no bogged down or slowed performance. If you need native speed, CrossOver is the better choice. 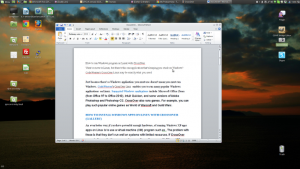 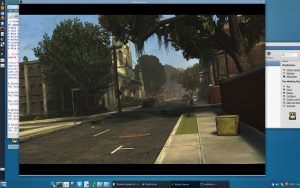 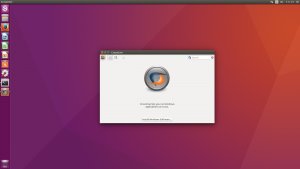