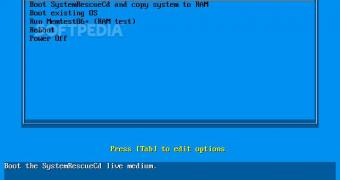 François Dupoux released a new major version of his popular SystemRescueCd rescue and recovery GNU/Linux distribution, the first for 2019, which includes lots of updates and some new features.

SystemRescueCd is the perfect tool for administrating or repairing your Linux or Windows computers. It comes with numerous handy utilities like Partimage, parted, FSArchiver, and many others to help you backup or restore your system after a crash, create and edit disk partitions, as well as to repair boot partitions.

The latest version, SystemRescueCd 6.0, is out now and it’s a major release that rebased the bootable Linux system rescue disk on the widely used Arch Linux operating system instead of Gentoo, which was used since the beginning of the project. Therefore, SystemRescueCd is now built using archiso and its dependencies.

Apart from being based on Arch… (read more)