Hello everyone, how are you all doing today? I hope you are all having a great day, if not, this Kerbal Space Program game for Ubuntu will surely put a smile on you. This addicting and deep space game is already the most downloaded game for Linux gamers on steam in March after the new Kerbal Space program update aka Kerbal Space Program Enhanced edition(2022). Let’s find out why.

Today we will showcase Kerbal Space program for Ubuntu, an awesome, unique, fun, detailed and addicting game for those of you who love anything space related like I do. Don’t let the goofy graphics on the logo above and screenshots below fool you, this game looks great and it can get quiet complex if you want it to be. If you have always wanted a game where you can travel to other planets and solar systems, setup your own space stations, blast rockets and hope they land? This game is for you, let’s find out a bit more about it below.

What Is Kerbal Space Program Game About?

In Kerbal Space Program, take charge of the space program for the alien race known as the Kerbals. You have access to an array of parts to assemble fully-functional spacecraft that flies (or doesn’t) based on realistic aerodynamic and orbital physics. Launch your Kerbal crew into orbit and beyond (while keeping them alive) to explore moons and planets in the Kerbol solar system, constructing bases and space stations to expand the reach of your expedition.

Kerbal Space Program features three gameplay modes. In Science Mode, perform space experiments to unlock new technology and advance the knowledge of Kerbalkind. In Career Mode, oversee every aspect of the space program, including construction, strategy, funding, upgrades, and more. In Sandbox, you are free to build any spacecraft you can think of, with all parts and technology in the game. 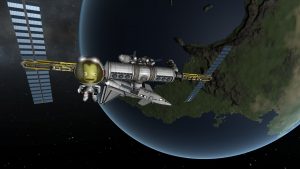 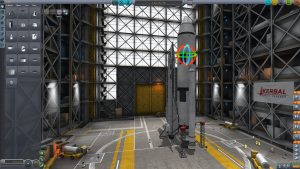 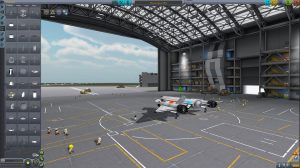 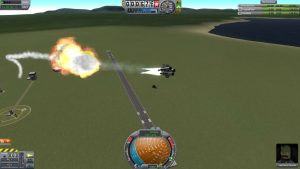