On this page you will find the best remote desktop software for Ubuntu that will allow you to connect to Windows 11, Windows 10, Windows 7/8/XP, ChromeOS and Apple’s MacOs, for free.

What is Remote Desktop?

The term remote desktop refers to a software or operating system feature that allows a personal computer’s desktop environment to be run remotely on one system, but the concept applies equally to a server.

Remote access can also be explained as remote control of a computer by using another device connected via the internet or another network. This is widely used by many computer manufacturers and large businesses’ help desks for technical troubleshooting of their customers’ problems. There are various professional first-party, third-party, open source, and freeware remote desktop applications, some of which are cross-platform across various versions of Windows, Mac OS X, UNIX, and Linux. 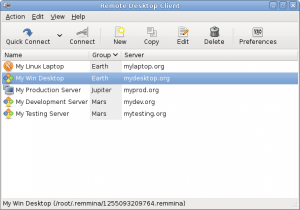 Remmina is a remote desktop client written in GTK+, aiming to be useful for system administrators and travellers, who need to work with lots of remote computers in front of either large monitors or tiny netbooks.

RealVNC remote access software for desktop and mobile platforms. VNC enables you to remotely access and control your devices wherever you are in the world, whenever you need to.

VNC has a widespread user base — from individuals to the world’s largest multi-national companies — utilizing the technology for a range of applications. 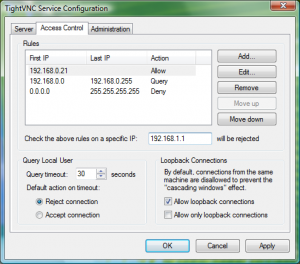 TightVNC is a free remote control software package. With TightVNC, you can see the desktop of a remote machine and control it with your local mouse and keyboard, just like you would do it sitting in the front of that computer. TightVNC is:

free for both personal and commercial usage, with full source code available, useful in administration, tech support, education, and for many other purposes, cross-platform, available for Windows and Unix, with Java client included, compatible with standard VNC software, conforming to RFB protocol specifications. 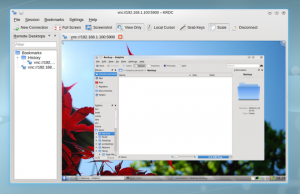 KRDC is a client application that allows you to view or even control the desktop session on another machine that is running a compatible server. VNC and RDP is supported. There are plenty of settings for the client itself – you get the choice of high-, medium- or low-speed connections, and the software works out which features to use from there. Using Krdc was trouble-free, and it also supports the RDP protocols used for Windows remote access. If someone adds an NX plugin, it could become even more useful. If you run KDE and need an occasional VNC client, there’s no compelling reason to change. 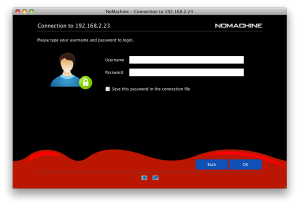 NoMachine is a remote desktop tool. Just like VNC. So what is the difference between NoMachine with the other? The most important factor is speed. The NX protocol provides near local speed responsiveness over high latency and low bandwidth links. So it feels like you were directly in front of your computer.

NoMachine has many key features. When you connected to NoMachine-enabled computer, you can work with any content such as documents, music, videos, as if you were in front of your computer. You can also have the same desktop environment from where ever you are connected.