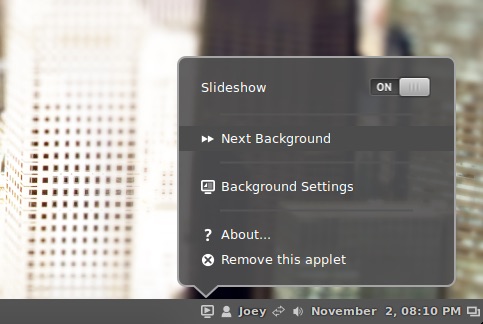 Hello everyone, on this post you will learn some new features for the newly released Cinnamon 2.4 on either Ubuntu 14.04 LTS or Ubuntu 14.10 – The choice is always yours. 😉

New In Cinnamon 2.4 For Ubuntu

Cinnamon 2.4 comes with a raft of welcome features, improvements and overall polish, such as reduced memory usage, new ‘Privacy’ and ‘Notifications’ settings and desktop wallpaper slideshows.

The official release notes highlight some of the bigger changes, including:

he Nemo file manager also benefits from the following improvements:

Upgrade to or Install Cinnamon 2.4 in Ubuntu

If you favour stability you should not upgrade to Cinnamon 2.4 in Ubuntu yet. New releases of Cinnamon arrive a month before Linux Mint for the specific purpose of testing, ironing out bugs and gathering feedback.

But if the above sounds more like a reason to try rather than avoid, Cinnamon 2.4 can be installed in Ubuntu 14.04 LTS and Ubuntu 14.10 using the following Cinnamon nightly PPA:

Already have Cinnamon installed? I’d advise running the following command in lieu of the one above. This will ensure that any package conflicts are automatically resolved by the package manager:

Installed and want shot? That’s easy enough; you can remove Cinnamon 2.4 and the bulk of its configuration files, dependencies and cruft by running this command:

hanks to OmgUbuntu.co.uk for the report.