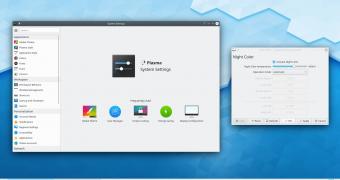 Coming only three weeks after the previous release, KDE Plasma 5.17.4 is here as yet another maintenance update that addresses a bunch of issues or adds minor changes to improve the overall KDE Plasma experience for users who updated to the latest  KDE Plasma 5.17 desktop environment series. This bugfix release adds a total of 49 changes that can be viewed in detail here.

“Today KDE releases a bugfix update to KDE Plasma 5, versioned 5.17.4. Plasma 5.17 was released in October 2019 with many feature refinements and new modules to complete the desktop experience. This release adds a month’s worth of new translations and fixes from KDE’s contributors. The bugfixes are typically small but impo… (read more)