Hello everyone, how are you all doing today? We haven’t added new games to our huge and popular Ubuntu games category mainly because we were upgrading our servers and our employees all had a summer vacation around the same time, either way, we are all back to work starting with myself so let’s get started with a fresh new game for you guys to download and enjoy.

Today we will promote a game known as Payday 2, it was originally released in 2013 but the game is still very popular today and the 200,000+ positive reviews it has on Steam prove that this game at very least, is worth your time to download and try. Payday 2 for Linux is one of many action games available for download thanks to Steam’s OS engine which is actually based on Linux. These days you can find literally thousands of games to play on your Linux OS thanks to steam. Let’s find out what else makes Payday 2 a great game with it’s awesome 4 player co-op modes and gameplay.

What Is PAYDAY 2 About?

PAYDAY 2 is an action-packed, four-player co-op shooter that once again lets gamers don the masks of the original PAYDAY crew – Dallas, Hoxton, Wolf and Chains – as they descend on Washington DC for an epic crime spree.

The new CRIMENET network offers a huge range of dynamic contracts, and players are free to choose anything from small-time convenience store hits or kidnappings, to big league cyber-crime or emptying out major bank vaults for that epic PAYDAY. While in DC, why not participate in the local community, and run a few political errands?

Up to four friends co-operate on the hits, and as the crew progresses the jobs become bigger, better and more rewarding. Along with earning more money and becoming a legendary criminal comes a new character customization and crafting system that lets crews build and customize their own guns and gear. 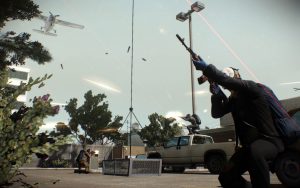 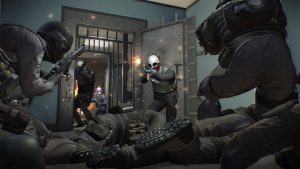 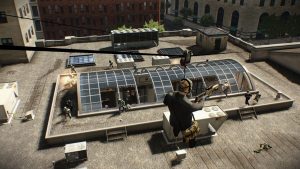 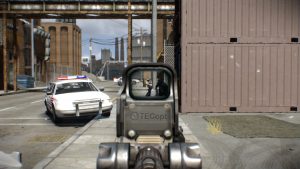