Hello everyone, on this page you will find the best performance monitors on Ubuntu, make sure you try at least 3 of these choices, some of you just visit the first two systems monitor without giving the rest a chance, me included lol. Before we give you the system monitoring apps on Ubuntu, lets give you some information about why Linux why it is a must to keep track of your CPU and RAM on your computer.

Why are System Monitoring Applications Important on Ubuntu?

Simply because this is one way you can prevent overheating, or track down what is wrong in case your Ubuntu Server is slow or freezes on up you. Imagine if you are running an Ubuntu VPS Hosting company and all the sudden your server starts to go slow, your clients websites crash, MySQL is non-responsive, your clients start to send angry emails, you panic, you restart the server but notice as soon as it boots up, the issues remain!! Ah, I will stop this story there lol, my point is, get yourself a good systems monitor for your Ubuntu desktop or server, trust me. 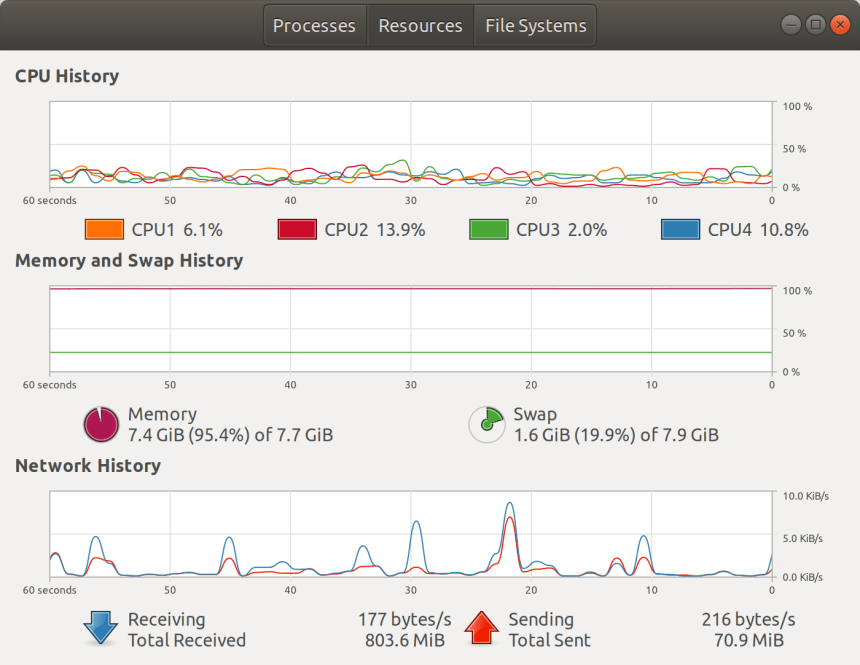 GNOME System Monitor is a GNOME process viewer and system monitor with an attractive, easy-to-use interface, It has features, such as a tree view for process dependencies, icons for processes, the ability to hide processes that you don’t want to see, graphical time histories of CPU/memory/swap usage, the ability to kill/renice processes needing root access, as well as the standard features that you might expect from a process viewer. 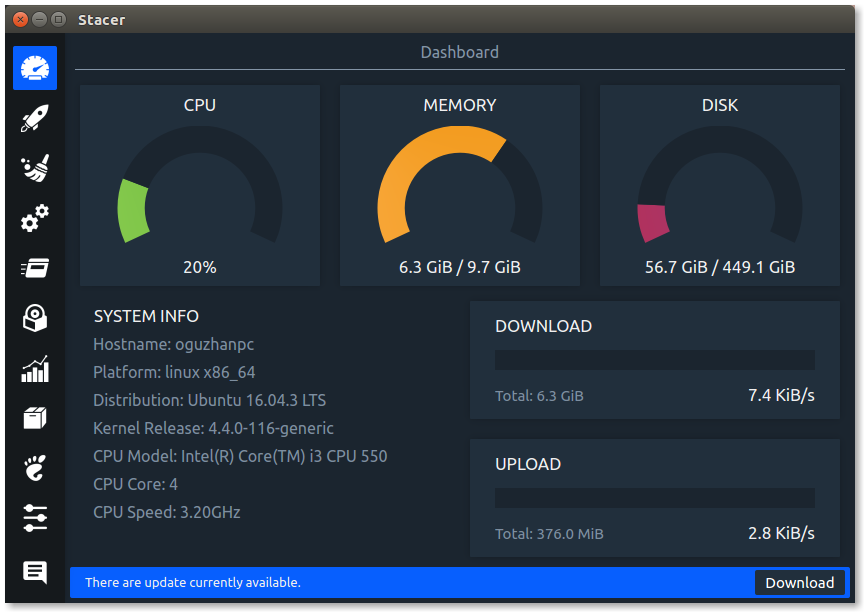 Stacer is a Linux app to monitor the performance of an Ubuntu Desktop. It comes with a user-friendly dashboard that can be used to monitor CPU, Memory & Disk Usage, and a unique system cleaner to clean system caches and optimize your Linux. 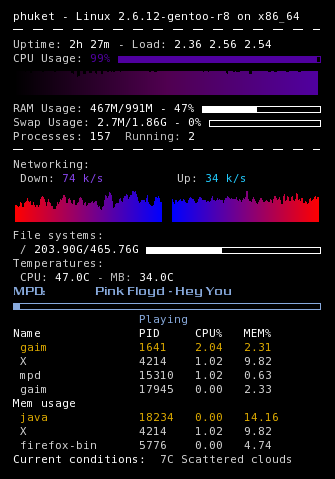 Conky has more than 300 built in objects, including support for: a plethora of OS stats (uname, uptime, CPU usage, mem usage, disk usage, “top” like process stats, and network monitoring, just to name a few) built in IMAP and POP3 support built in support for many popular music players (MPD, XMMS2, BMPx, Audacious) can be extended using built in Lua support, or any of your own scripts and programs (tell me more!) built in Imlib2 and Cairo bindings for arbitrary drawing with Lua (tell me more!) … and much much more. Conky can display this info either as text, or using simple progress bars and graph widgets, with different fonts and colours.

Monitorix is a free, open source, lightweight system monitoring tool designed to monitor as many services and system resources as possible. It has been created to be used under production Linux/UNIX servers, but due to its simplicity and small size can be used on embedded devices as well. It consists mainly of two programs: a collector, called monitorix, which is a Perl daemon that is started automatically like any other system service, and a CGI script called monitorix.cgi. Since 3.0 version Monitorix includes its own HTTP server built in, so you aren’t forced to install a third-party web server to use it. 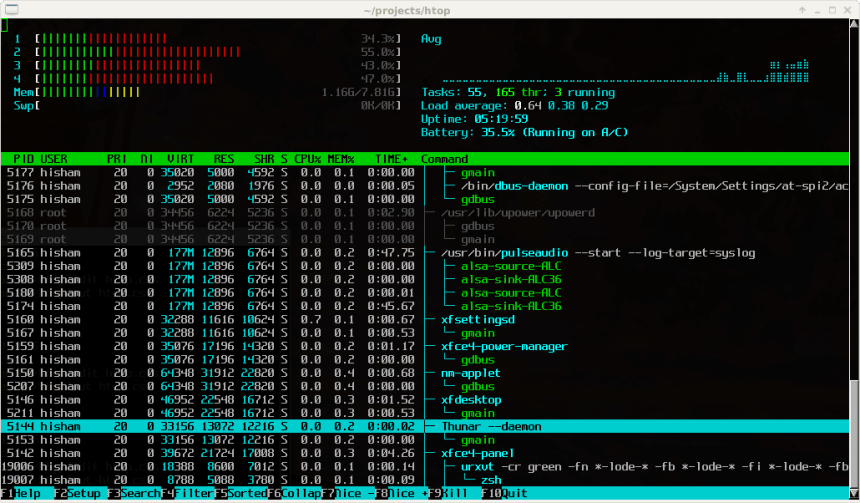 htop is an ncurses-based process viewer similar to top, but it allows one to scroll the list vertically and horizontally to see all processes and their full command lines. Tasks related to processes (killing, renicing) can be done without entering their PIDs.