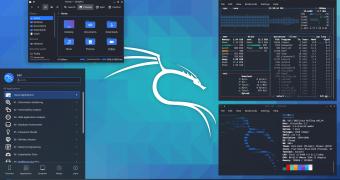 A new version of Kali Linux is now available for download, and this time it brings plenty of improvements, including new light and dark themes for KDE Plasma.

Additionally, Kali Linux 2020.2 also features a more polished login screen, as the dev team focused on improving the both the design and the layout.

The new version also includes PowerShell news, as the team has promoted it from the network repository to the one primary metapackage.

“We now have put PowerShell into one of our (primary) metapackages, kali-linux-large. This means, if you choose to install this metapackage during system setup, or once Kali is up and running (sudo apt install -y kali-linux-large), if PowerShell is compatible with your architecture, you can just jump straight into it (pwsh)!” the release notes of the new version explain.

Then, Kali Linux 2020.2 comes with ARM improvements, including a 16GB of storage or more to install it on an SD ca… (read more)