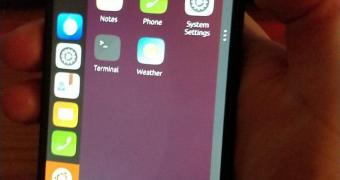 UBports lead developer Marius Gripsgard has shared today on Twitter what it appears to be another groundbreaking move for the Ubuntu Touch project.

While everyone is waiting for UBports to release the Ubuntu Touch OS for Purism’s Librem 5 Linux phone, which just stated shipping to backers last week, Marius Gripsgard and his team of skilful developers managed to port the Ubuntu Touch mobile operating system to PINE64’s PinePhone.

As you can see in the video and screenshots attached below, Ubuntu Touch runs quite smoothly on the PinePhone, an open-source Linux smartphone build by the PINE64 company, which is known for developing the PINE64 single-board computers (SBCs) and Pinebook computers.