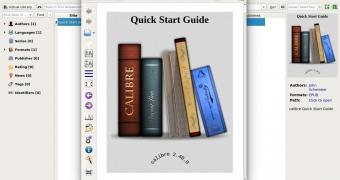 Believe it or not, it’s been two years since the Calibre 3.0 series was introduced, and now, the time has come for fans of the best free ebook management software to get a brand-new release that introduces new technologies and new features, along with dozens of improvements.

“It has been two years since Calibre 3.0. This time has been spent mostly in making the calibre Content server ever more capable as well as migrating calibre itself from Qt WebKit to Qt WebEngine, because the former is no longer maintained,” said developer Kovid Goyal.

Highlights of the Calibre 4.0 release include a completely re-written ebook viewer that focuses on presenting the book text to users without any kind of distraction, and new capabilities for the Content s… (read more)