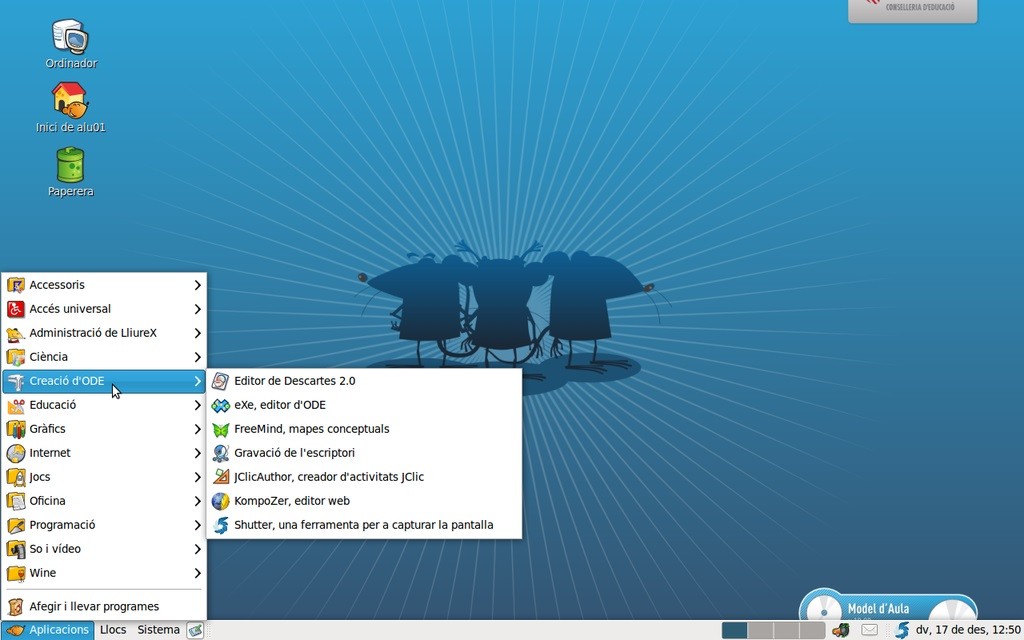 Get Lliurex for free on your computer

Hello everyone, today we have an exciting news report to share with you, please take a minute or less to read it, you will enjoy the good news!

Officials from the Valencia Linux School district have announced that they have managed to save €37 million ($49.66 million) by using a Linux distribution instead of proprietary software.

Adopting open source software instead of upgrading existing proprietary software that’s already in use seems to be a very good method to save money, especially if you are part of the government. These kinds of decisions are now made all over the world, but Europe seems to be a little ahead of the curve.

More and more local authorities and governments realize that there are cheaper and better alternatives for the software used, and the Valencia Linux School distro is the perfect example. In this case, the local authorities are using a Linux distribution called Lliurex, which is based on Edubuntu.

The Edubuntu distribution is actually based on Ubuntu, the Linux distribution developed by Canonical. This is a flavor made specifically for the classroom, but it can be modified to serve a large number of other users.

“The government of the autonomous region of Valencia (Spain) earlier this month made available the next version of Lliurex, a customisation of the Edubuntu Linux distribution.

The distro is used on over 110,000 PCs in schools in the Valencia region, saving some 36 million euro over the past nine years, the government says.

The Lliurex distribution is managed through the Ministry of Finance and Public Administration. During installation, users can choose between several variants, tailored for example for use at home, in schools or by small and medium-sized enterprises,” reads an article on the official website of the European Commission.

“One of the new features is ‘LliureX-Lab,’ an application that makes it possible to use several PCs in the classroom as an aid to language teaching. It allows teachers to use multimedia and interactive elements.

These kinds of features are actually at a premium when they are employed by proprietary software and it’s even very likely that users will need to pay for the operating system and for the software that is being used to perform these specific tasks.

The Spanish autonomous region of Valencia is also a big fan of LibreOffice and this office suite is being used on 120,000 desktop PCs of the administration, including schools and other entities.

The widespread adoption of LibreOffice will help the administration save an additional €1.5 million ($2 million).

Thanks to Softpedia for the report.