Today we will highlight some reasons why we think you should go ahead and try Shortwave 2 on your Ubuntu installation. Once you do that, I think a lot of you might actually keep it as your default radio player especially once you check out the new GTK4 interface powering it’s UI and it comes with updated icons, new theme, new options plus it is much more stable according to the lead developer, Felix Häcker. The speed of the app has also improved from the former version when I did the testing. This might be credited to developer, Felix, re-writing the entire software with the Rust programming language, impressive. It really did load up almost instantly while the former version hanged just a tad bit, I have to give a pat on the back to the developers for the major changes to the backend. If you like this radio player or have any suggestions, let me know in the comments below what you think.

Shortwave is an open-source radio player for Linux that comes with a modern UI interface for the user and it allows you to listen to radio stations, online. It uses a community-powered database for the Internet stations it loads up. Shortwave is a successor of the popular radio app for Linux that was once known as Gradio. Gradio hasn’t been updated in years but who cares, all the best features and of course the lead developer himself has moved on to Shortwave as one of his main projects.

Manual installation of Shortwave via Command: 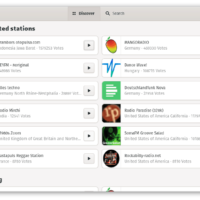 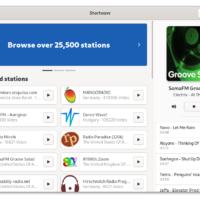 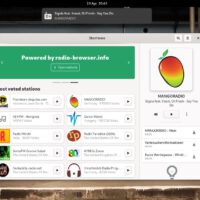