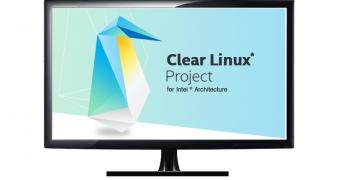 While Clear Linux OS isn’t as popular as Ubuntu, Debian, or Arch Linux, it always proved to be a viable and quite fast Linux-based operating system for desktop and server users, offering them the best performance possible on the Intel Architecture. Clear Linux OS follows a rolling-release model where you install once and receive updates forever.

Clear Linux OS always wanted to be the Linux distribution for developers, but now Intel has announced new images, an updated installer, software store, and forum all dedicated to make its open-source operating system a playground for Linux developers of all sizes, genres, and ages, offering them curated content for the best development efficiency possible.