Hello everyone, you can now download Crusader Kings 3 for Ubuntu and play a very well rated game, actually as I type this it has received a ‘very positive’ rating from well over 17,000 reviewers who have already bought the game, this data coming from it’s official Steam page.

Today we will highlight some reasons why we think you should try Crusader Kings 3, this game is excellent for anyone who loves intense, deep and at the same time fun strategy games. First off, let me just say that the main attraction of this game is obviously not the graphics, this isn’t your typical simulation game, it’s more of a chess type game that lets you make a variety of choices that determine what happens in the game. You don’t control players with a mouse and attack or kill things instead, you are a royal whose mission is to rule the entire region and beyond while fighting off cousins that want to kill you, former kings who are out for revenge and many other unique stories that are automatically created based on the choices you make or don’t make. I played this for for about 7 hours straight a few days ago and I was totally immerse in the storyline, it’s just incredible, much better than what I was honestly thinking it would be like.

Unfortunately the game, as we are typing now, it is not free but most good games are not right? The prices vary so by the time you are visiting the link, it might change. With that said, let us know in the comments below what you think about this game once you decide to try it.

What Is Crusader Kings III Game About?

Crusader Kings 3 is a grand strategy game set in the Middle Ages and arrives with a host of new ways to ensure the success of your royal house. Crusader Kings 3 lets you choose a royal or noble house from a number of realms on a map that stretches from Iceland to India, from the Arctic Circle to Central Africa. You can guide a dynasty through the centuries, ensuring the security and power of each new generation as you gather new lands and titles to cement your legacy. 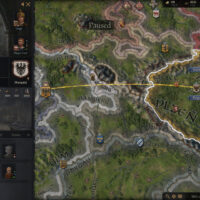 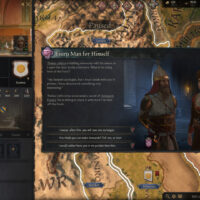 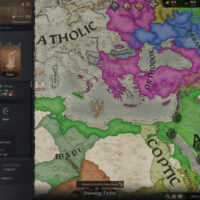 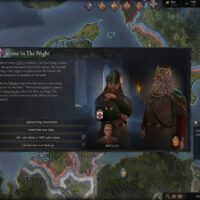 Other Linux Games To Try: Terraria for Ubuntu & Minecraft for Ubuntu