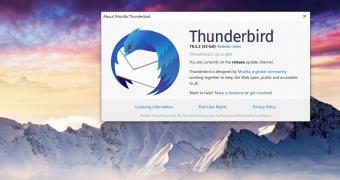 Microsoft’s Outlook is generally considered the leading email app on Windows, but at the same time, Thunderbird has become more and more popular, not only on Linux and Mac, but also on Microsoft’s very own operating system.

Despite the adoption of Outlook increasing lately, especially among company employees and following the Office 365 suite benefitting from the remote working trend, Thunderbird continues to be one super-popular choice and it happens for good reason

Not only that it packs a super-advanced feature lineup, but Thunderbird also sports a clean and intuitive interface that can be further customized according to your preferences.

As you probably know already, Windows 7 is already discontinued and only receives updates as part of the ESU program released by Microsoft for companies… (read more)