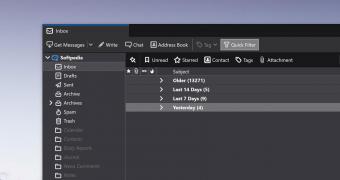 Mozilla has released a new version of the Thunderbird email app, and this time the changelog points to a super-important fix that brings the client back to working condition.

First and foremost, some background.

But the simple thing that it’s available with a freeware license makes Thunderbird the go-to app for so many users out there, and it happens for a good reason. The feature lineup is absolutely impressive, and Mozilla keeps improving it with every new release.

The most recent update shipped to Mozilla Thunderbird users is version 78.3.1, and as the parent company itself explains, there’s just one important fix in this release.

It’s a fix that resolves crashes reported in Thunderbird 78.3.0, an update that was released only a few days before. So this new build is more of an emergenc… (