Hello everyone, you can download Cities: Skylines for Ubuntu and play one of the most complete, advanced yet ‘simple’ enough city simulation games ever created. I truly mean that. I even remember this game from way back before it came out when we were only allowed to see little snippets of the game during its production base, the hype was real way back in 2015 and the game is still one of the most played simulation games on every major platform, including our beloved Linux.

Today we will highlight some reasons why we think you should go ahead and give this game a go. Cities: Skylines is a now what we can call a ‘classic’ city building simulation game that was inspired by the legendary SimCity game franchise and I must say, in many ways, you can argue Skylines has surpassed SimCity, I know a lot of you will disagree with that statement but after 5 years, this game is continuing to grow with the mod community really boosting it even further with tons of things you can download to make the game have endless hours of fun. I have been playing this game off and on since it’s debut in 2015 so I might be a bit bias but it is one of my personal favorite games. I also have to thank the developers Colossal Order and publishers Paradox Interactive for continuing to add new DLC content for this game even though most of them are not free, the ones I have bought have been well worth it. My favorite DLC for this game currently that I currently own are the Mass transit, Natural Disasters, Campus, Bridges pack and of course the industries add on which a lot of people are currently playing now for sure.

What is Cities: Skylines Game About?

Cities: Skylines is a modern take on the classic city simulation. The game introduces new game play elements to realize the thrill and hardships of creating and maintaining a real city whilst expanding on some well-established tropes of the city building experience. You’re only limited by your imagination, so take control and reach for the sky.

Constructing your city from the ground up is easy to learn, but hard to master. Playing as the mayor of your city you’ll be faced with balancing essential requirements such as education, water electricity, police, fire fighting, healthcare and much more along with your city’s real economy system. Citizens within your city react fluidly, with gravitas and with an air of authenticity to a multitude of game play scenarios.

Colossal Order’s extensive experience developing the Cities in Motion series is fully utilized in a fully fleshed out and well-crafted local traffic simulation.

The city changes during the hours of the day and affects citizen schedules. Traffic is visibly slower at night and some zoned areas do not work with full efficiency. Cities: Skylines will put you in control of managing the different aspects of the day and night cycles.

Build or improve on existing maps and structures. You can then import your creations into the game, share them as well as download the creations of other city builders on the Steam workshop. 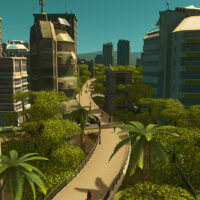 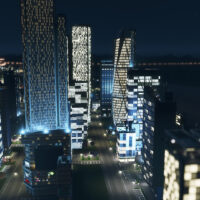 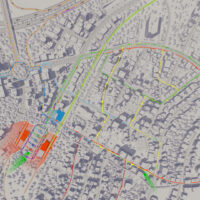 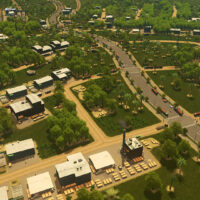